Let's talk about what I always find most important, how good a game is for the consumer. Pokémon Unite is a little too pay to win. If I were to look at everything a free to play does, the Pokémon Unite bingo card would be full in record time. Multiple currencies, one is a real-money currency, a battle pass, a sort-of loot box system, daily and weekly events and quests, items being priced high enough that buying with real money seems the most viable option. I could go on, but we've all played these games.

In terms of the currencies, it's just preposterous. Rather than creating one long run-on paragraph, I'll bullet-point each currency, what they offer, and how to get them.

So yes, the currency system in Pokémon unite is all over the place. That's also before I even include the fact you can get energy through competing in battles; the energy is then gathered and used to unlock the loot box. I suppose that's technically the sixth currency. It's all needlessly obtuse, and while everything can be earned in-game, there's no doubt at all paying real money will speed things up exponentially. Then there is the fact that I said it's "a little too pay to win".

Pokémon Unite loses it here. The simple problem is that you can use the Aeos Gems to buy new Pokémon, which isn't an inherent issue as the game is reasonably balanced, but it is a problem that you can buy equippable items with real money, items that give boosts in battle. Boosts like attack, speed, defence, and more. These can also be upgraded quicker, thanks to your real-money currency.

The other matter is that you can buy account boosts with real money, including boosts to battle passes, which gives you access to more equippable (which you can eventually equip a maximum of three) and usable (such as a potion) items early. It gives you an undeniable edge, much like the equippable items. Also, again, five currencies? What the hell is that all about? It's unnecessarily confusing and clearly designed to get people to spend money.

What about the gameplay? Does Pokémon Unite stand up enough to make it worth playing Pokémon Unite either as a free-to-play game, or will it draw you in enough to invest some money? The actual MOBA of the game is pretty simplistic. I remember playing the original DOTA mod, buying Demigod when it was released a few months before the launch of League of Legends, and then games after, and this feels like the early days of the MOBA. This is a MOBA for anybody.

Accessibility. Pick your Pokémon, and you have two special moves and one regular attack at your disposal. A few regular Pokémon sat around the map, offering experience and points to score at the enemies control zones, but you'll mostly find yourself just fighting the opposition. The fighting isn't bad either, I thoroughly enjoy Talonflame, mostly because fly actually feels like a tactical move.

Now, there are also some tactical elements with the regular Pokémon sat on the map. Taurus, if you beat it, will improve your attack for a limited time. Other ones you can defeat will give you a shield, improve your speed, remove the defence (temporarily) of the nearest enemy zone and, finally, Zapdos will remove all enemy zone defences.

Honestly, that's about it on the gameplay. Each match lasts a maximum of ten minutes, and that is a good thing. It's quick and easy. It doesn't outstay its welcome because you can jump in, have a quick match, and turn the game off. Like most mobile games, I have never wanted to spend much more than about an hour on Pokémon Unite, and the short matches work in its favour.

Pokémon Unite at least captures the sense of Pokémon. That is to say that aesthetically, it's attractive. The Pokémon look like the Pokémon as you'd expect them to look, they're very well animated, and it's at least charming to see some of the moves you've used in other titles in this format. In music, again, it's just Pokémon. I genuinely wouldn't be surprised if Game Freak were consulted for the soundtrack.

What else is there to say? Not much. It's a free-to-play, sadly pay-to-win, mobile game that just happens to have come to the Nintendo Switch first. I've even spent money on it to see what can be gained through real-money transactions. At least the gameplay is fun. 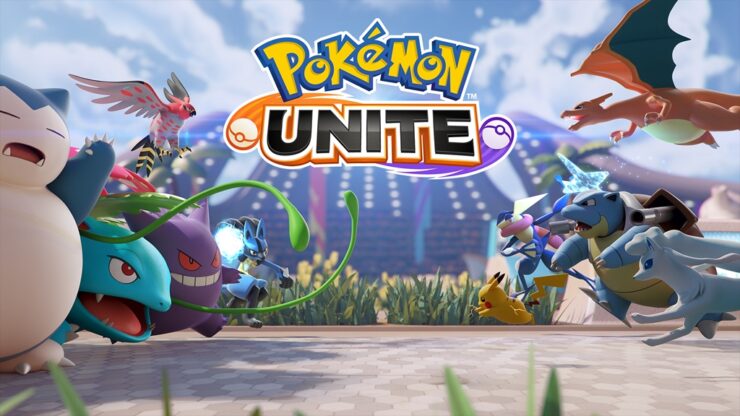 Pokémon Unite is a genuinely fun and charming game, with quick and accessible combat with enough tactical element to keep it interesting, while not overwhelming newcomers to the genre. However, it is predatory in all the worst ways, copying the worst tactics of pay-to-win free-to-play games, such as five currencies, loot boxes, buyable (with real-money) boosts, and items that influence battle, and more. While the game can be fun, the predatory tactics leave a nasty taste in the mouth.

The Legend of Zelda: Tears of the Kingdom is the Official BOTW 2 Title, Game Drops May 2023