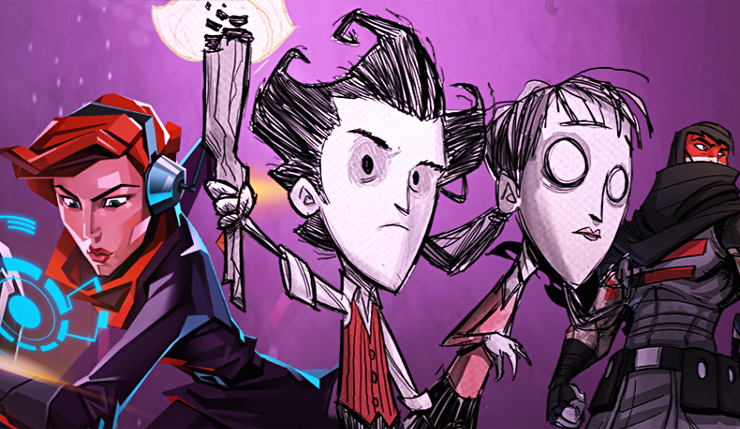 Klei Entertainment has been one of the most successful and acclaimed small studios of the past decade, producing games like Don’t Starve, Mark of the Ninja, and the upcoming Griftlands, but apparently their string of hits haven’t been enough to keep them independent. Today the Vancouver-based studio announced that they’ve been acquired by the Chinese gaming giant Tencent. In a Q&A posted to the Klei Entertainment forums, founder Jamie Cheng assured fans Tencent won’t be meddling with the company’s creative output…

There are some boring accounting changes that we will need to adjust to. Other than that, I will continue running the studio as before, with no changes to staffing, projects or other operations.

Why are we doing this?

Klei has been around for 15 years, and we have made many changes over the years in order to respond to a changing world. Consistently, my wish has been to enable people to do their best creative work, to learn and grow, to not have to worry about finances, and be able to enjoy their lives outside the studio. This has not changed. This partnership helps us navigate a changing industry, and helps us focus on what we do best: making unique experiences that no one else can.

We looked at a lot of different companies, and over the years, we’ve worked with a large number of publishers and distributors. Tencent is the only company that we felt would let us retain the level of control that we demand. We’ve been working with Tencent for years and even at points where we disagreed, they were always willing to work with us to find the best solution for everybody involved and defer to us when we felt strongly.

How does this affect Klei games in China?

As mentioned, we’ve been working with Tencent for quite some time. We worked with them to launch Don’t Starve Together in China in 2016, and have been working with them on our China launches ever since. Players in China make up a large proportion of the players of our games, and we have been supporting them alongside our North American operation for several years. We expect that this partnership will help us to better support our players in China.

Rumors have been swirling that Tencent is currently raising billions of dollars in order to purchase a major US or Korean developer. Needless to say Klei, a small Canadian indie, is not Tencent's big planned purchase, but analyst Daniel Ahmad confirmed it nonetheless...

Just to note. This isn’t related to the money Tencent was confirmed to be raising yesterday.

While it’s always somewhat disappointing to see an independent creator go the corporate route, if Tencent keeps their promise not to meddle in their creative decisions, this could be a good thing for Klei ultimately. It will certainly be interesting to see what they can produce with the backing of the biggest gaming company in the world.

Klei Entertainment’s latest game, Griftlands, is currently in Early Access on Steam, with a full release expected sometime in 2021.