Baidu Is Looking For A Stronghold In The Autonomous Car Industry

We see a lot of development in the autonomous car industry because of the vast opportunity that is available in this untapped industry. It seems that the Chinese are thinking of getting a step ahead in this industry as well, with one of China’s biggest search engines, Baidu Inc. The search giant has dedicated a team entirely for the purpose of making self-driving cars in the Silicon Valley. The main focus would be to outrun competitor, Google, which is also making autonomous cars as we speak, plus beating Google at its home turf would be a big plus for Baidu. As per a report a team of 100 researchers and will be deployed at the beginning of next year for this dedicated project. 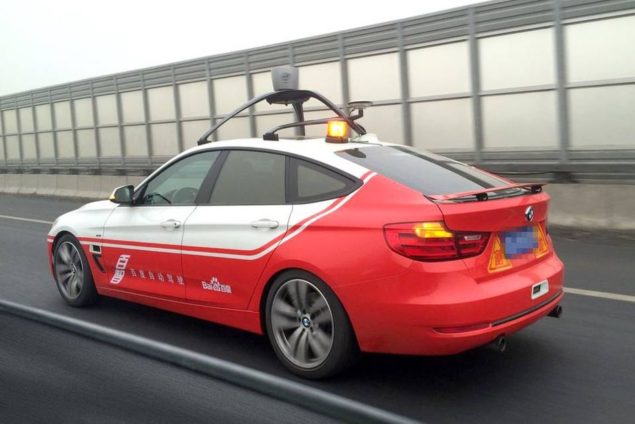 The team is going to be a part of its Autonomous driving unit and will be called as ADU-US. The team will be working on many agendas including the planning, perception, control and systems. The company is also looking out for hiring more people from the automotive industry. This is because the company really wants to progress by introducing incremental changes in its self-driving cars concept. Baidu is also expected to start from the very small autonomy enabled regions and then it will be going ahead progressing from there. Additionally Baidu’s cars will be extremely unique and will easily be recognizable according to the company, just as we can recognize Google’s self-driving car at first glance.

This isn’t new news, Baidu has been trying hard in this industry for quite a while now, a steady stream of news has been coming about the company’s self-driving car efforts. But this is the first time there has been some useful addition to the whole concept with the addition of this team. The partnership of Baidu with BMW and Samsung has also been in the limelight for two odd years and there have been claims that Baidu is looking to develop a commercially viable car (which could act as public shuttles). Let’s see where this project goes on from here, let us know your thoughts about this project in the comments below.