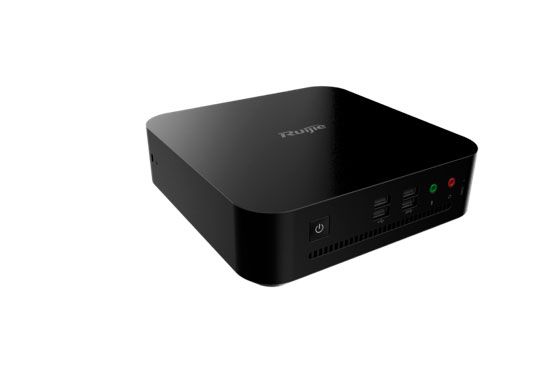 China is nearly entirely dependent on US industry for semiconductors and processors, an addiction that it's well aware it needs to break. This is coming in many forms: for server processors, the first iteration is Hygon, a domestically produced licensed version of AMD's EPYC; for desktop CPUs one of the domestically made products is the Zhaoxin Kaixin family of CPUs based on the LuJiaZui micro architecture. One of these desktop CPUs has finally been spotted in a commercially available desktop -- the RG-CT7800 from Ruijie Networks.

In many ways, the RG-CT7800 is an unremarkable PC that looks like something from the Intel NUC family. It has the 2.7Ghz version of the Zhaoxin KaiXian KX-U6780A chip in BGA, and comes with two DDR4 slots, USB 2.0, and a 256GB SSD. Nothing remarkable. The RG-CT7800 runs China's domestic UOS (Unity Operating System) and NeoKylin operating system and Ruijie advertises its compatibility with local cloud office suites such as Yongzhong Office. 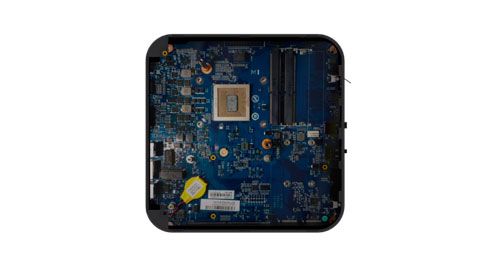 However, where this gets interesting is how it fits into China's "3-5-2" plan. This is Beijing's mandate to wean China's public sector off foreign technology. By the end of 2020, 30% of the technology infrastructure needs to be domestic, while by the end of 2021 this number jumps to 50%, while the remaining 20% would need to be replaced by the end of 2022. The RG-CT7800 -- while technically unremarkable -- will be a perfect cog in the machine for this plan. Its home will be on the desks of many of China's office workers in the public sector or at state enterprises, replacing their existing workstations and computers.

Despite China's efforts to rid itself of foreign technology, there is a slight irony in all of this: so many components within the Zhaoxin CPU, the heart of Ruijie's centerpiece of future Chinese domestic workplace computing, come from Taiwan. The chip's architecture is the product of a Joint Venture with Taiwan's VIA technology, and the silicon is manufactured on a 16nm process node from TSMC.

A Chinese Competitor to Intel and AMD CPUs? Zhaoxin Might be the Answer!

No, AMD Did Not Sell The Keys To The x86 Kingdom – Here’s How The Chinese Joint Venture Works