CHIEFTEC has Announced Two New PC Cases: The Scorpion 3 and The Hawk 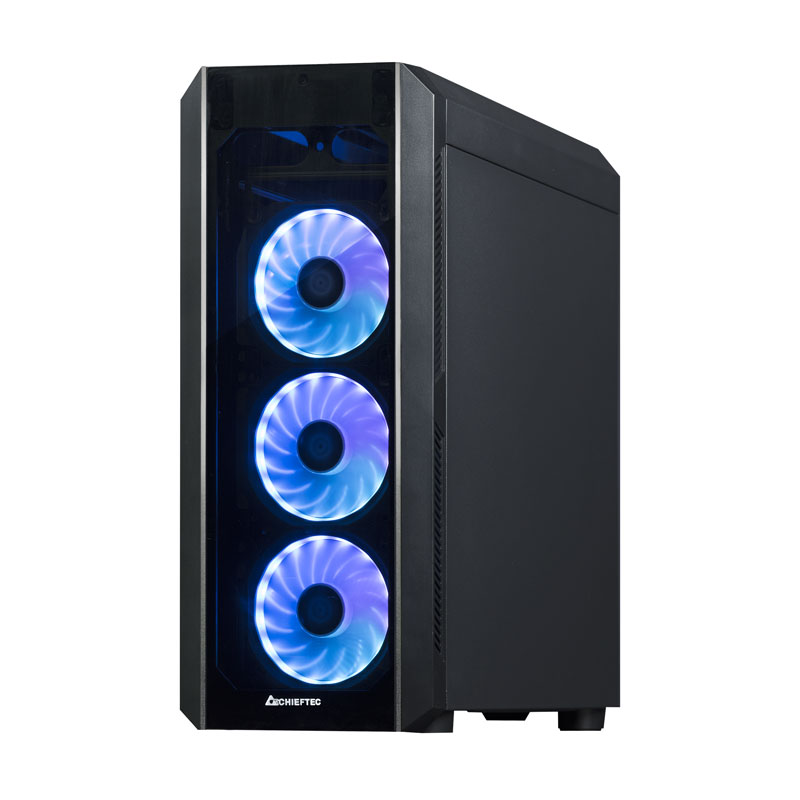 CHIEFTEC has announced two new PC cases, the first of the new cases are the Scorpion 3 (GL-03B-OP). Some of the new features that the Scorpion 3 offers is upgrading the Scorpion 2 fans, of the previous case, to the Tornado series fans. These fans feature not only an increased max RPM but make notably less noise when compared to the previously installed fans. The second of the newer cases are the HAWK (AL-02B-TG-OP). This case features not only an elegant aluminium front panel, but also this new PC case has a tempered glass side panel.

CHIEFTEC has announced two new cases, the Scorpion 3 and the Hawk case both of these cases feature a tempered glass side panel

The Scorpion 3 case is the latest addition to the Scorpion-series PC case. This case has been updated fans from the Scorpion 2 to the new Tornado fans, and these are four pre-installed A-RGB Rainbow fans. Some of the new features that these fans features are shock-absorbing and anti-vibration rubber pads, the most significant upgrade from the previously installed fans in the new fan-blade design. With three of these new fans located at the front to bring in air and one found in the rear of the case as an exhaust, this configuration allows for good airflow to not only the central processor but also to the other components installed into the case. 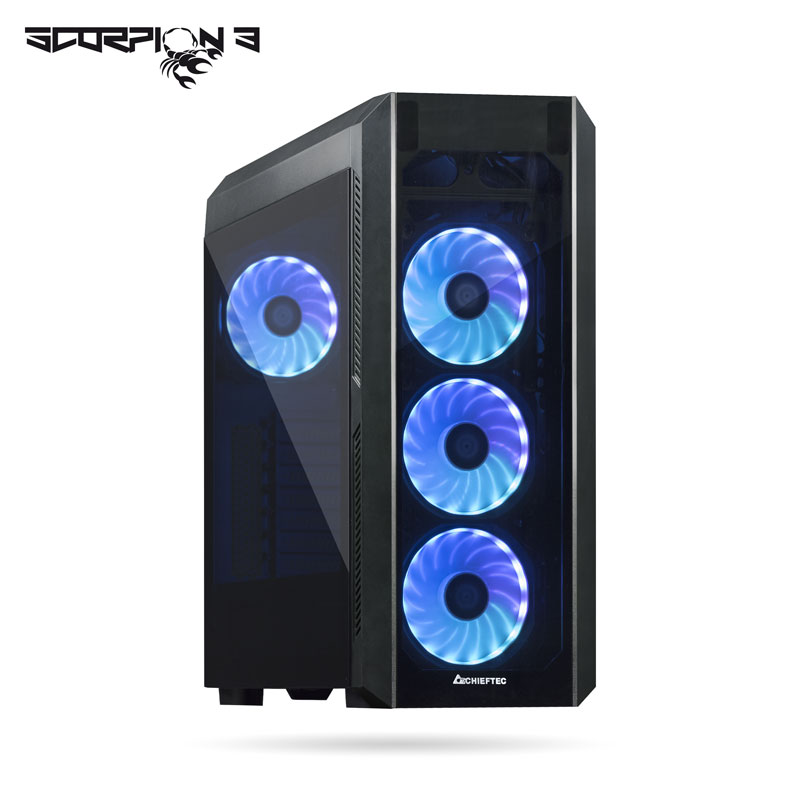 The second PC case is the HAWK PC case, which may not offer the new slide-to-open mechanism, does still offer a tempered glass side panel. This case is perfect for gamers/creators who prefer a case with an understated design, with the polished aluminum front panel, this front panel features a 5.25" slot. The overall design of this case is very simple when compared to the Scorpion 3.

Both of these PC cases feature support for up to an ATX motherboard. The tallest CPU cooler can be up to 166 mm, and the most extended VGA card that can be installed is the 349 mm. At the time of writing, there is no pricing information regarding these two PC cases.