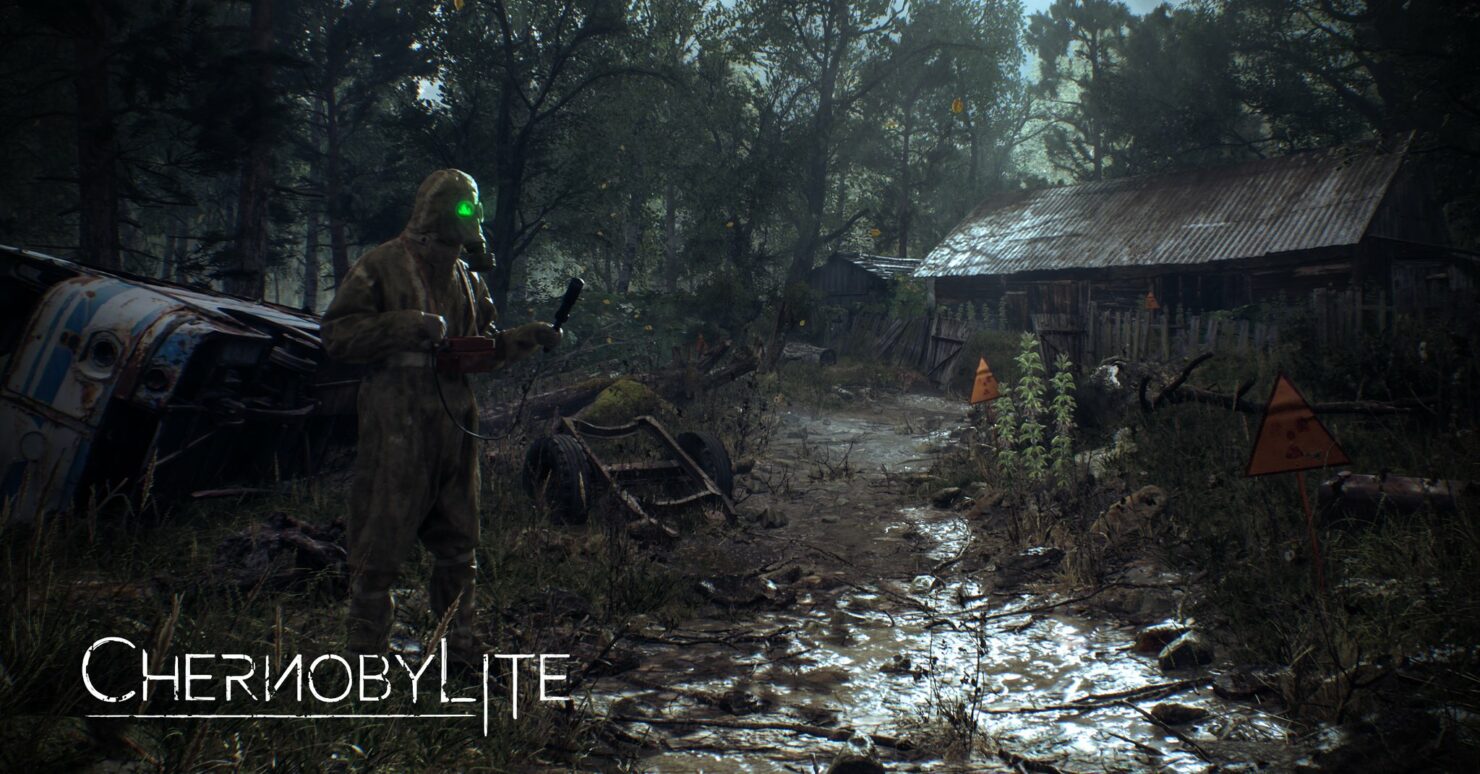 Chernobyl is a hot topic right now, following on from the recent Chernobyl hit miniseries on HBO. People want to know more about one of the world's biggest disasters of all time, and there's plenty of room for new fiction to be written about the disaster and the circumstances surrounding it. Chernobylite (funded via Kickstarter a while ago) takes us to the nuclear reactor where everything went wrong, and places us in a new reality, filled with sci-fi action and survival horror themes.

Our protagonist is a physicist and former employee of the reactor. The core of the reactor left behind precious, powerful, and dangerous material known as Chernobylite, and using that precious resource you create a Hawking Bridge to a new world entirely, passing through an abstract angular dimension which looks an awful lot like the Astral Plane of both the recent Control and Astral Chain. Once you pass through, where you are isn't entirely clear, but your main goal will be finding your fiancée, missing for thirty years, and possibly still alive somewhere on the other side.

Developers The Farm 51 (Get Even) have visited Chernobyl themselves to take reference photographs and understand what players should expect from the area. They are aiming to recreate realistic replicas of Chernobyl, to truly immerse players and have them understand the gravity of the catastrophe, and how it would feel to survive in this wasteland.

As such, there are crafting elements. Can't have a survival game without crafting elements, right? Everything from bonfires, to shelter, and to cures for your radiation poisoning, you'll have to work hard to put together yourself. You'll be using a scanner to find resources and items, while also scanning for dangerous and highly radiated areas that can ruin you. 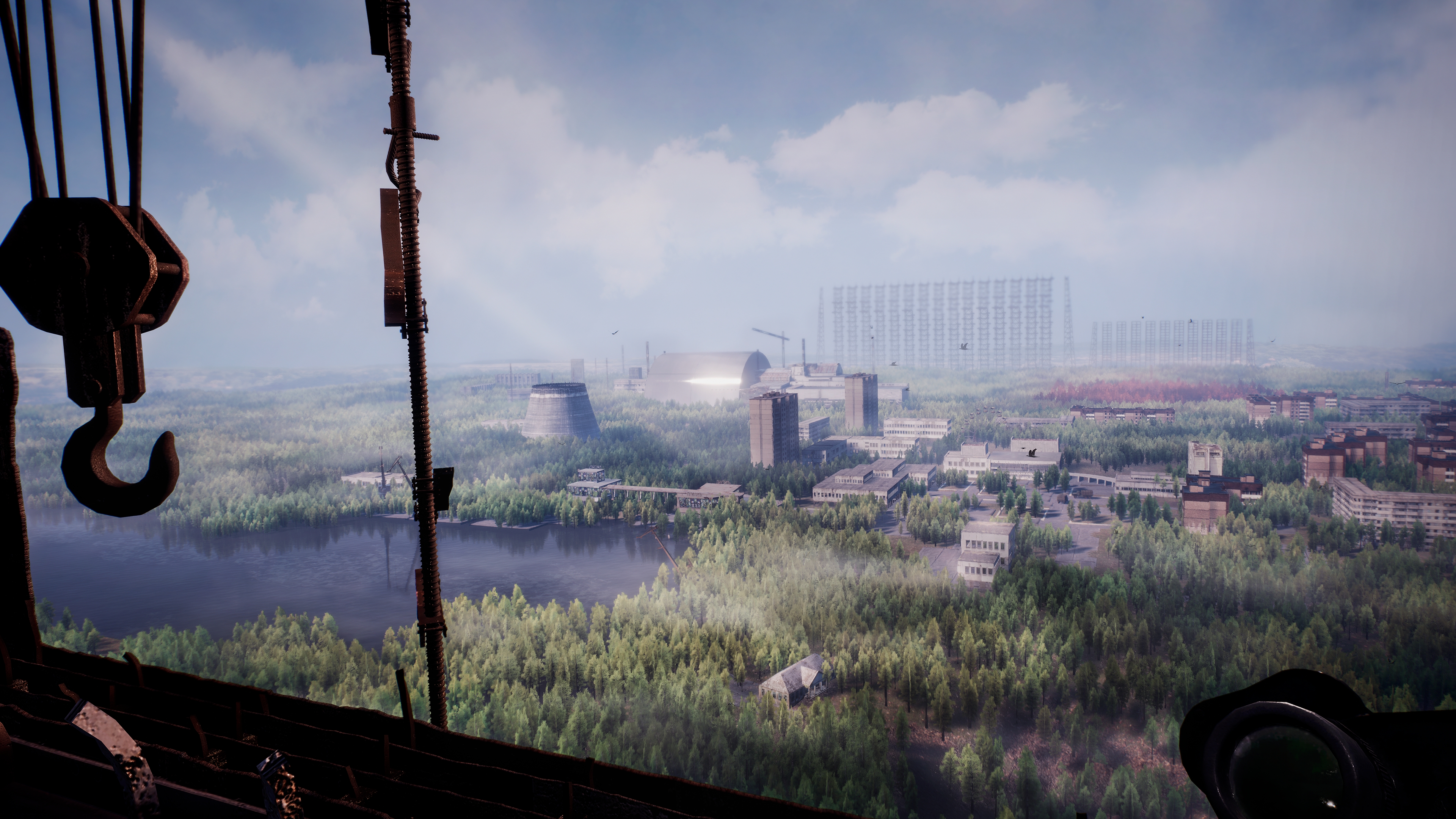 In the opening segment of the demo I played, we stealthily sneak into the Chernobyl Nuclear Reactor years after the fact, convincing guards to let us through with dialogue options, and shooting down enemies when it becomes necessary. Chernobylite quickly goes from this linear, focused approach, to a far more open design when we pass through to the other side, allowing the player to explore the world at their leisure while trying to find important NPCs and clear through missions.

Stealth is, of course, a valuable option, but for the purposes of the demo, I was enjoying shooting enemies down with headshots, and jumping around like I was playing a game with bunny hopping. It does not have bunny hopping. What it does have is an incredibly oppressive environment, one that will take more smarts and tact to survive for the long term than what I was displaying.

Chernobylite ticks two amazing boxes, and that is both digital tourism and historical fiction. Even if the Chernobyl you explore in the game is a replica of the Chernobyl you can visit right now, it's pretty unlikely that any of us will visit the area in our lifetime, and being able to look around an incredibly realistic ruin is incredibly fulfilling. Even the Eye of Moscow, or Duga Radar, is visible and imposing in the background, and grounds you to the world, thanks to the big looming reminder than this is all real. Except for the sci-fi story, of course, which keeps us guessing and invested in a place which is fairly documented in reality.

Chernobylite really appealed to me and while it's clearly still early days, the base they have for this game is incredible. Though if I'm being honest, I'd like to see more linear stages and story segments than open areas and survival crafting stuff. Regardless, Chernobylite is an exciting game, and if you've ever wanted to visit the place for yourself, this is one of the best ways to do it while guaranteeing you remain radiation free.

It's set to debut October 16th on Steam Early Access, with a full release currently planned for the second half of 2020.

Get Even Review – Is This Real Life, or Perhaps Just Fantasy?