Finally We’ll be Able Charge up Our Smartphones in 30 seconds!

Smartphones and the pile of tensions they bring in to our lives! Okay, I agree, some browsing ease, some (A LOT) waste of time stalking others, a dab of music fun, a pint of gaming, and a teaspoon of reading pleasure too. However, all these tasks - and infinitely more - can only and only be done until your battery supports you. Which it fails to do the more tasks you try to get out of your tiny little smartphone. 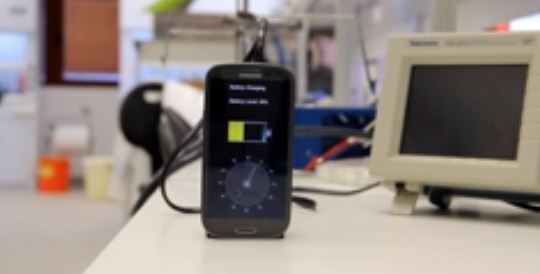 Now that brings to us to the question, why to make smartphones tinier and lighter while not working on their battery power that much? While all the tech companies are trying to speed up and give us some software options (Samsung seemed to have introduced bigger batteries this time with Galaxy S5) of tweaking our smartphone to make the batteries retain the juice for a little more, we have seen everything but some meaningful leap towards better, faster chargers. Seems like, our pleas have been answered by just another start-up!

The start up claims that the flash battery charger to charge phone in 30 seconds will not be magnanimously charged, but only twice as expensive when compared to the current cost of chargers. StoreDot plans to produce these flash chargers for other smartphones as well. Although start-up is focusing its flash charger for smartphones, once they are out, producing chargers for computers hopefully won't take long too.

StoreDot start-up was born our of nanotechnology department of Tel Aviv University and has developed its first prototype for Samsung Galaxy S4, reports The Wall Street Journal. According to the Journal, these flash chargers won't go into production until 2016 - quite a long wait!

watchOS 7.4 will Enable ECG in Australia and Vietnam Next Week