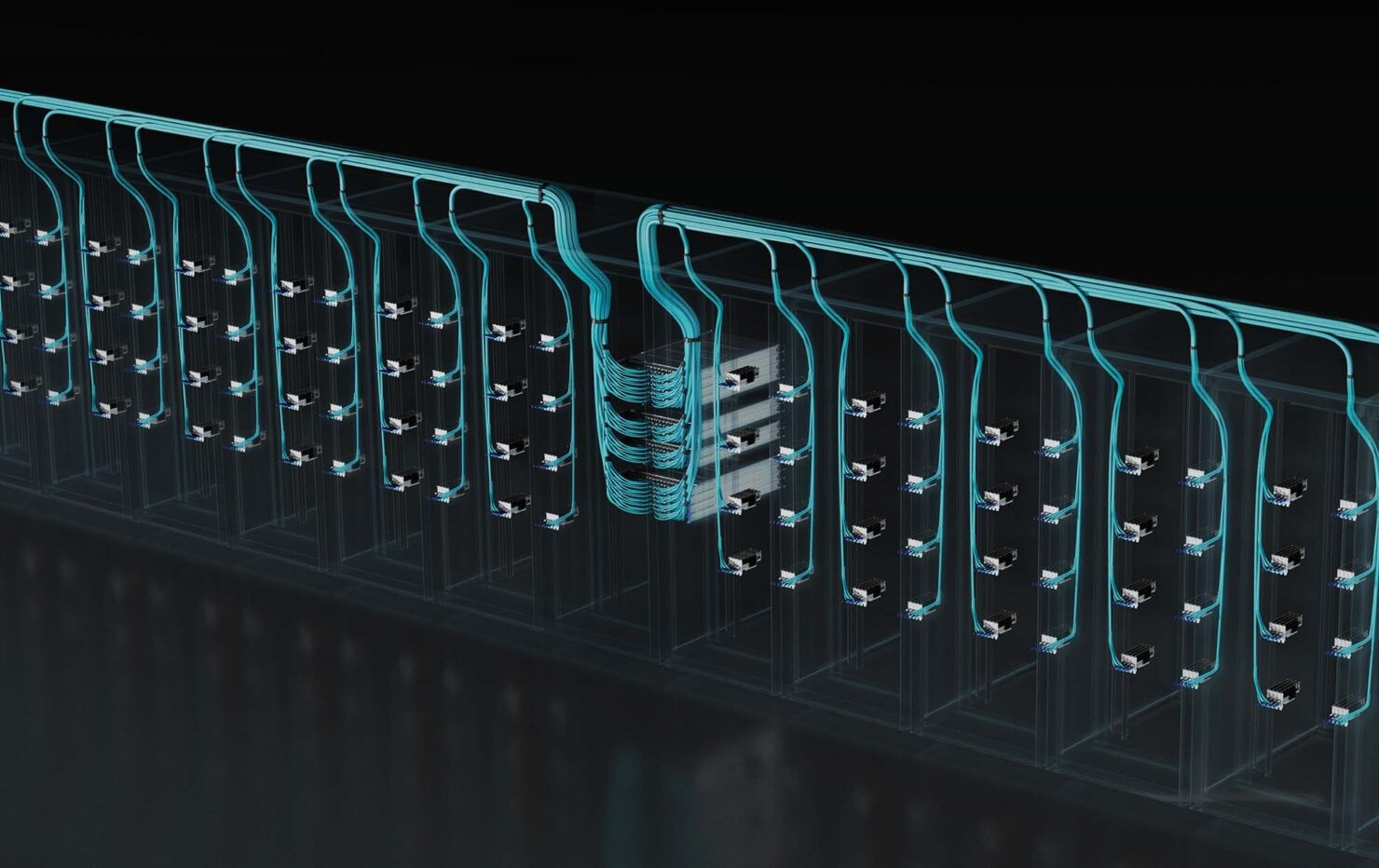 Immediate algorithms on quantum computers could effortlessly decipher numerous cryptosystems, requiring more ingenious resolutions for security in a digital world. Scientists at Ritsumeikan University developed a stream cipher consisting of three cryptographic primitives established on separate mathematical chaos models. The powerful cryptographic technique is powerful against attacks from large-scale quantum computers. It can be executed on low-cost computer systems, ushering in the future of secure digital communications in the post-quantum era.

Cryptographic systems are a crucial component in the world of digital communications. With the approaching advancements of quantum computers disrupting the field of cryptography, researchers worldwide are laboring on new encryption strategies that can defy attacks from quantum computer technology. Chaos theory is one theoretical pathway that could assist with future attacks in a post-quantum cryptosystem world.

In mathematics, chaos is a property of specific dynamic systems that makes them extremely sensitive to initial conditions. This distinctive attribute of chaotic systems can be leveraged to build highly protected cryptographic systems, states researchers from Ritsumeikan University in Japan, in the recent study published in IEEE Transactions on Circuits and Systems I. With the lack of randomness with chaos theory in technology, these systems mature in complicated methods that anticipating their long-term need with insufficient information is nearly impossible since even diminutive rounding misconceptions in the initial prerequisites yield diverging outcomes. 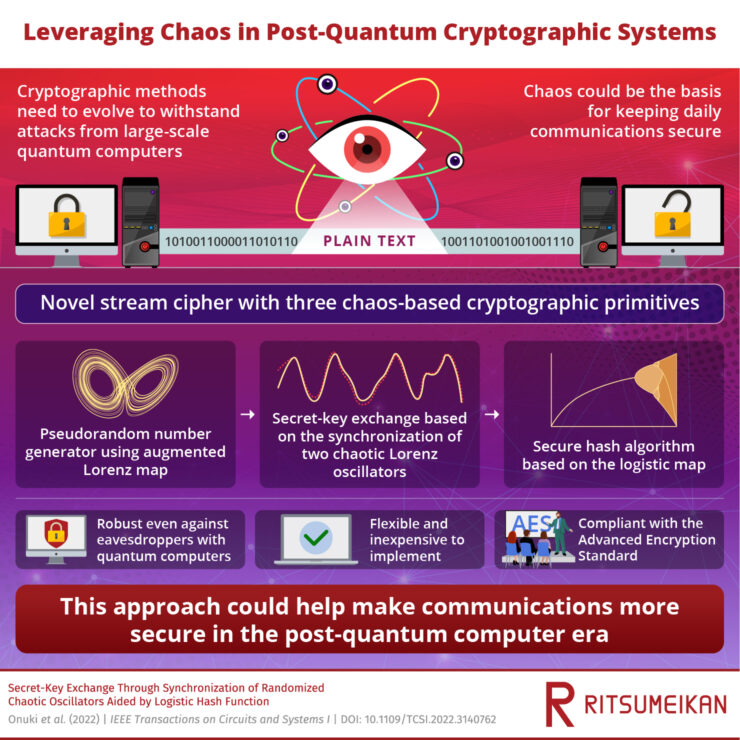 <
This novel approach for exchanging secret keys specifying the AL map is directly found on the synchronization of two chaotic Lorenz oscillators, which can be independently and erratically initialized by the two corresponding users, without either party knowing the condition of the oscillator. The sender and receiver disguise the value of one of the variables of their oscillator and multiply it with a locally rendered arbitrary number.

The masked value of the sender is sent to the receiver and repeated back to the sender. After a brief period, when these exchanges generate the oscillators to synchronize nearly flawlessly to the identical state despite the randomization of the variables, the users can hide and trade secret keys and then locally unmask them with straightforward computations.

The third primitive is a hash function founded on the logistic map—a chaotic equation of motion— allowing the sender to transmit a hash value and then permitting the receiver to confirm that the received secret key is valid. An example of this action is the chaotic oscillators synchronized correctly.

Researchers revealed that a stream cipher constructed using these three primitives is incredibly secure and invulnerable to statistical raids and eavesdropping since it is mathematically inconceivable to synchronize their oscillator to either party.

Most chaos-based cryptosystems can be broken by attacks using classical computers within a practically short time. In contrast, our methods, especially the one for secret-key exchange, appear to be robust against such attacks and, more importantly, even hard to break using quantum computers.
— Professor Takaya Miyano, Research Lead, Ritsumeikan University

In complement to its protection, the suggested required exchange method is suitable to current block ciphers, such as those used with the Advanced Encryption Standard (AES). Furthermore, the researchers could enforce their chaos-based stream cipher on the Raspberry Pi 4 using Python 3.8 coding language. They used the microcomputer to securely send "Girl with a Pearl Earring," a famous painting by Johannes Vermeer, between Kusatsu and Sendai in Japan, two locations 600 km apart from each other.

The implementation and running costs of our cryptosystem are remarkably low compared with those of quantum cryptography. Our work thus provides a cryptographic approach that guarantees the privacy of daily communications between people all over the world in the post-quantum era.

With this new approach to chaos-based cryptography, the future may not have to worry heavily about the darker qualities of quantum computing.
Source: Ritsumeikan University, IEEE Xplore, Wikipedia