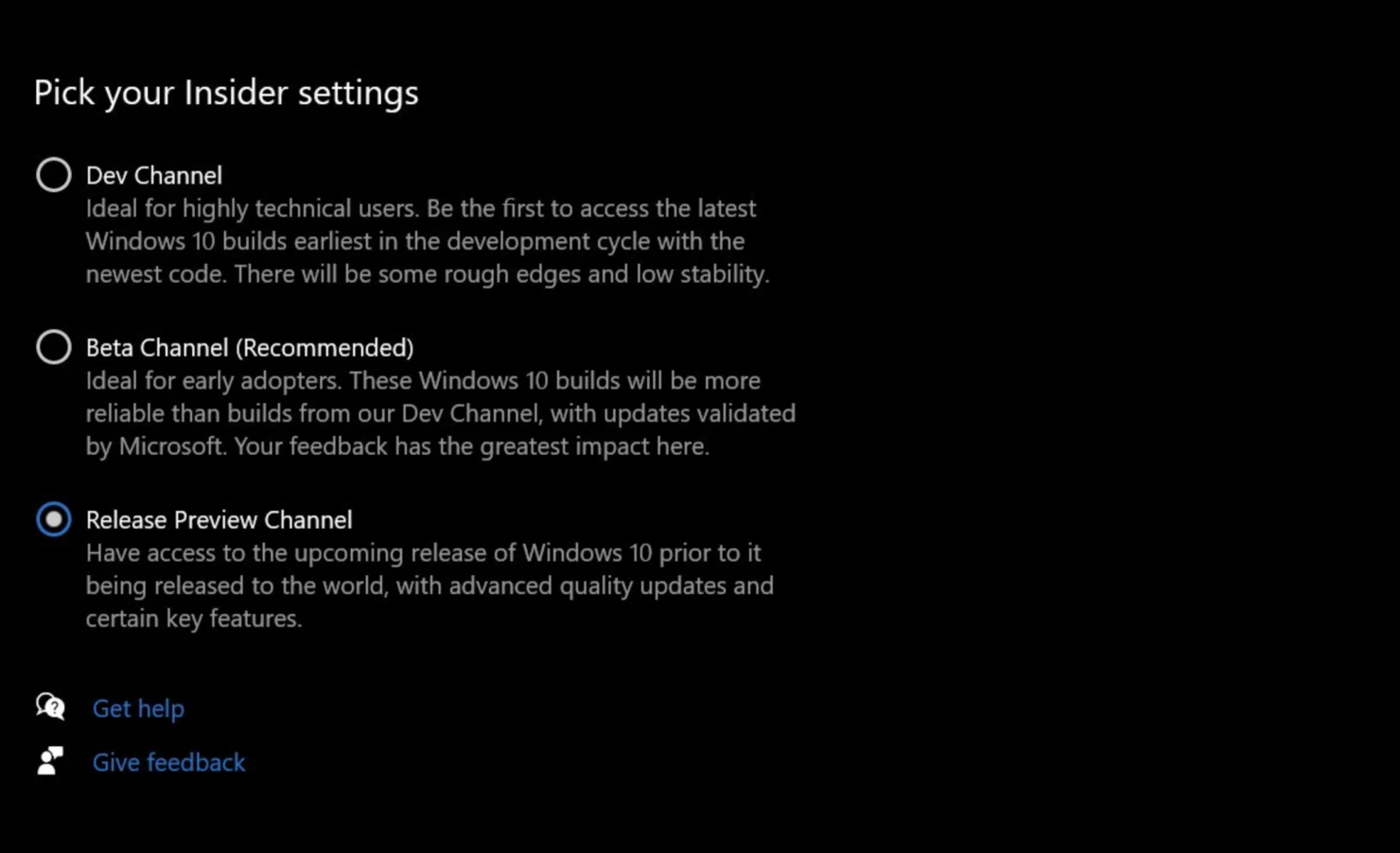 Earlier in the month, Microsoft announced moving away from what it called called "rings" to channels for its Windows Insider Program to align the term across its ecosystem. Replacing Windows 10 Fast, Slow, and Release Preview rings are Dev Channel, Beta Channel, and the Release Preview Channel.

While everything largely remains the same, the Windows maker had said that new test builds will be matched with a specific Windows 10 version when these builds land in the Beta Channel. Up until now, this happened in the Fast ring aka Dev Channel. But now, Dev Channel rings aren't tied to any specific version and can land in any of the future feature updates of the operating system.

Hey Folks - Channels have arrived! Expect the changes to land in your #WindowsInsider settings over the next few hours. Remember, we've done the mapping for you, so there's no direct change you need to make. Check out blog for details! ^AL https://t.co/auc8wvrxRy

As the company mentions, you don't need to do anything as mapping has already been done for you, which means if you were signed up with the Fast ring, you'll automatically be moved to the Dev Channel, Slow ring Insiders will be moved to the Beta Channel, and so on. If you want to change your channel, you can do so through Settings > Update & Security > Windows Insider Program.

For more details on this naming shift and to understand what channel better suits which Insiders, head over to this earlier coverage.