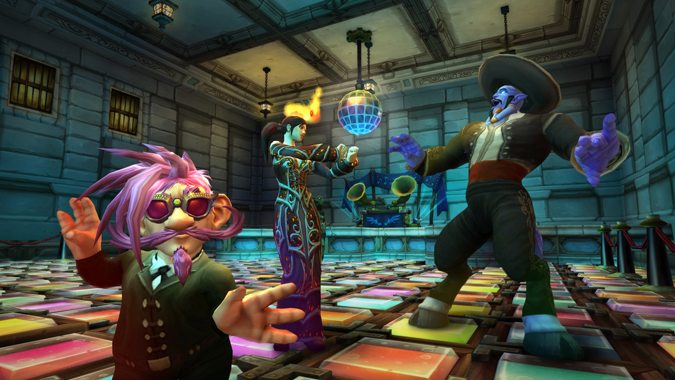 Blizzard has rolled out a new hotfix that makes changes to the World of Warcraft Auction House and has said that it will take action against those who use World Quest exploits.

The changes have been implemented through the game’s most recent hotfix and include changes to how Auction House deposits work. According to Blizzard, the change will discourage players from listing trade skill materials in single-stack listings, and will in turn, encourage Auction House users to post their auctions in larger stacks. We’ve included Blizzard’s explanation on the change down below:

To address some issues related to the Auction House, we’re reconsidering how deposits—the refundable fees you pay to list your auctions—are calculated. This fee is based on the item’s vendor price, and for profession materials in particular, vendors offer very low prices, so these mats have a low deposit cost. Deposits are substantial on items such as BoE uncommon gear, gems, and so forth, but not trade skill materials (trade goods such as cloth, ore, leather, etc.).

One thing we’ve identified as particularly troublesome is a large volume of trade skill materials being auctioned off in stacks of 1. Some addons make posting quantities of this size trivial to do, resulting in dozens, if not hundreds, of pages of auctions for a single item. As we looked at ways to change this behavior and improve the overall Auction House experience, we found that we prefer to avoid inflexible solutions such as caps on the number of listings a player can make, or increased minimum stack counts, which might interfere with many players' common gameplay habits.

Our current plan is to increase the deposit cost of some profession materials on a per-stack basis, which should provide incentive for players to post items in larger stacks.

Let’s say that a player is trying to sell 200 Tidespray Linen for 10g (gold) each. Today, each item has the normal deposit cost of 1c (copper), with a 1s (silver) minimum deposit, so 1 auction of 200 linen requires a deposit of 1s, and 200 auctions of 1 linen each adds up to a total deposit of 2g.

Now imagine an additional 20% deposit added to the listing fee per auction. With an asking price of 10g each, that raises the deposit by 2g per stack. In the case of 1 stack of 200 linen, the total buyout price is 2000g, and the new deposit is 2g1s. In the case of 200 individual stacks, the new deposit of an additional 2g per stack brings the total deposit up to 402g.

In either case, the deposit is returned to the seller if the item sells. Successful auctions aren’t affected by this change.

Our goal is to give players some forewarning on this change, and to gather feedback. We’re putting together a list of the items that would be affected by this deposit change, which we expect to be limited to high-quantity trade goods. Furthermore, we’re deploying the change to the PTR first, so that addon authors can work through the change while we test it thoroughly.

“We are indeed aware of this exploit and have been working on a fix”, Blizzard wrote. “We are also taking action against those who are abusing it.”

The exploit appears to have been fixed at the moment of writing, but actions against abusers haven’t been taken.