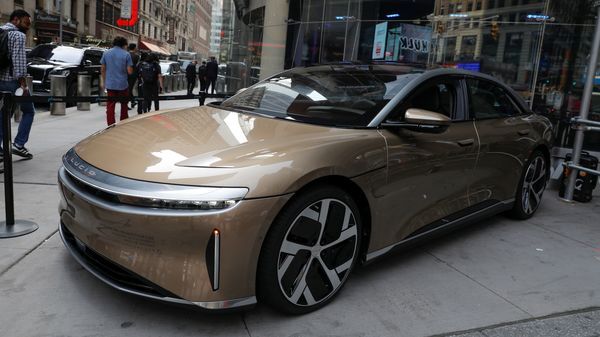 Lucid Group (NASDAQ:LCID) shares are again becoming the center of attention in the financial world as the stock seems to have regained its pre-SPAC proclivity to embark on outsized bull runs.

Since the 01st of September, Lucid Group shares have recorded gains of over 50 percent. Against this backdrop, analysts now seem to be playing catch-up.

The firm’s analyst Garrett Nelson cited the recently revealed EPA rating of 520 miles for Lucid Air Dream Edition to proclaim that the company would be “a force to be reckoned with among upstart EV manufacturers.”

As a refresher, the EPA range estimate for Lucid Air Dream Edition (19-inch wheel) now computes at 520 miles – that’s greater than the company’s own initial estimate of a range of 517 miles! For reference, a 2021 Tesla (NASDAQ:TSLA) Model S Long Range has an EPA estimate of 405 miles. This means that the top-of-the-line Air EV will provide over 28 percent more driving range than a fully-spec’d Model S.

The analyst also cited the company’s healthy balance sheet, a brand-new factory in Arizona, and state-of-the-art vehicles, which are getting rave reviews, as some of the most important bullish catalysts for Lucid Group shares.

Of course, Citi and Bank of America (BofA) also maintain a ‘Buy’ rating on Lucid Group shares. While Citi maintains a $28 stock price target right now, BofA has gone ahead with a $30 target.

We had noted earlier this week that Lucid Group appears to have registered around 10,000 Vehicle Identification Numbers (VINs), corresponding to the roughly 10K reservations for the Lucid Air EV. This development adds confidence to the prognosis that the deliveries of the Air EV are now slated to begin soon.