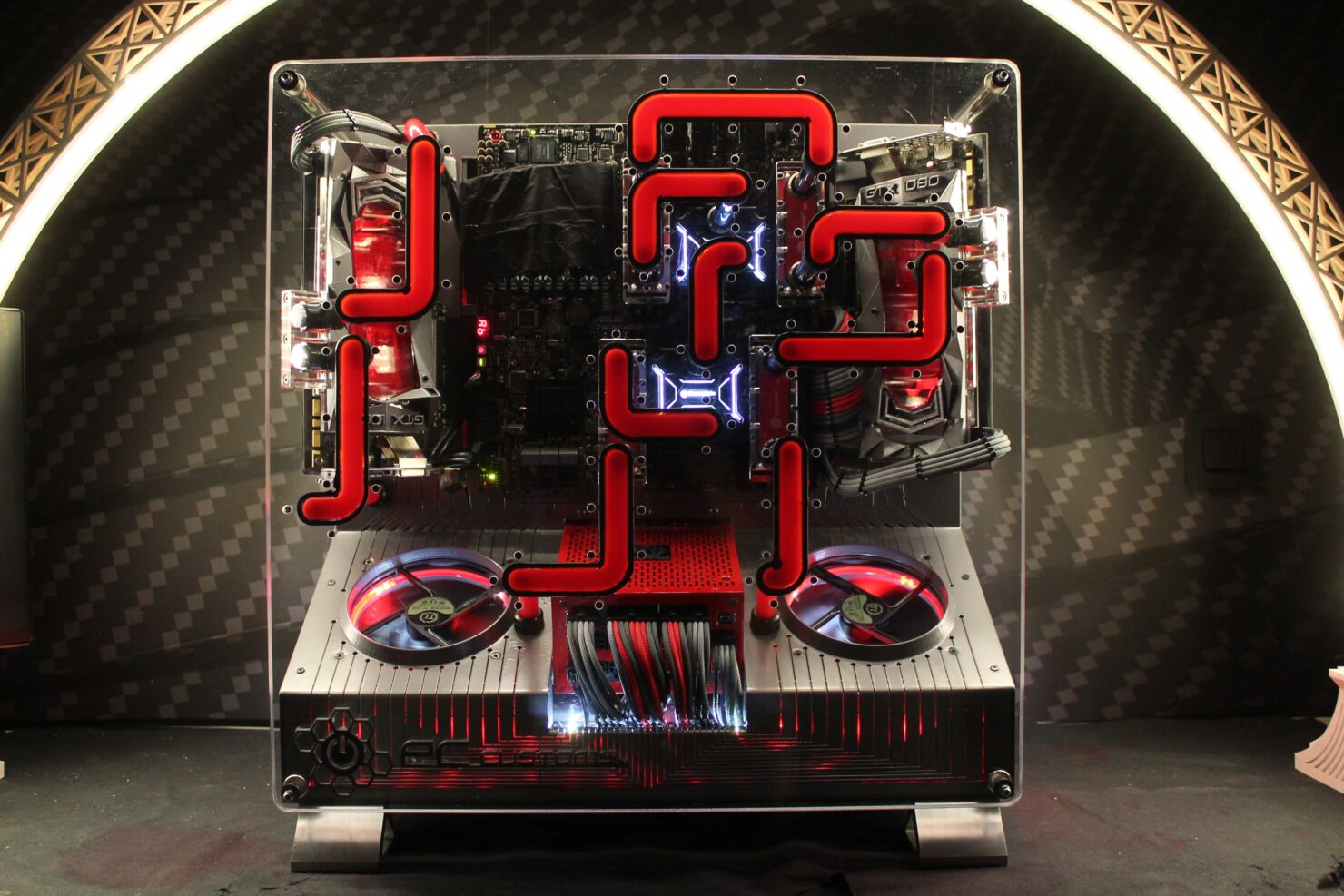 Along with a plethora of new components and trends coming out of CES 2017 you can expect to see some pretty impressive mods floating about the show floor.  A reader,  Mike P., sent us info on his and we were were so impressed we wanted to share it with our readers.  Shui-Sheng (God of Water) was his project for the Thermaltake Season 2 Global Modding Event and is now making it's way to CES 2017 and it packs some very unique design choices. 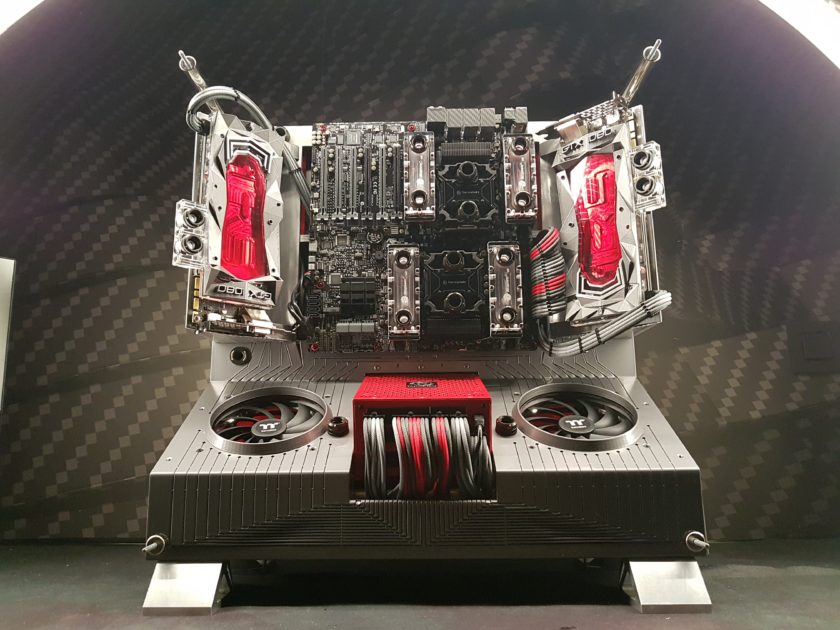 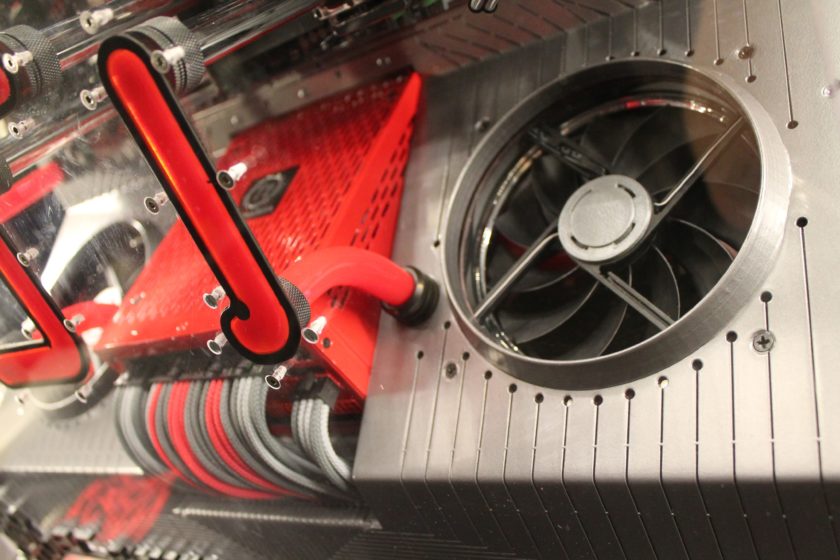 There are two key points to this mod that really stood out to me personally: the covers for the SLI GTX 1080s and the mind blowing water distribution panel.  According to Mike, he and I share an appreciation for the Founders Edition design and he wanted to keep the angles around.  He designed a 3d printed shroud to be placed over the GPU water blocks, rather clever idea en lieu of leaving just the water block exposed. 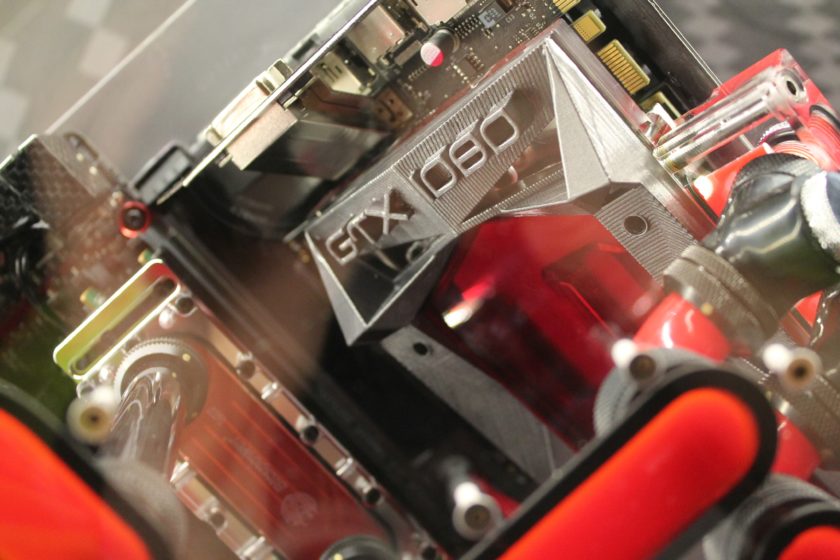 The other key standout here was the water distribution panel for the components.  Rather than just relying on bent acrylic tubing or other methods, Mike went with a fully custom distribution panel.  Basically, the water runs through what would normally be the glass panel of the the Tt Core P5.  The end result is a bit more than stunning in my opinion. 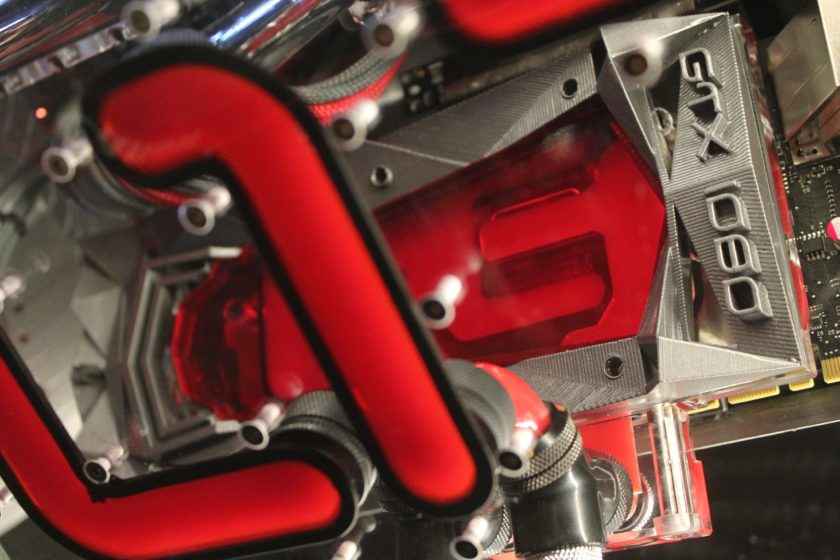 If you would like to read the full story and see more high resolution pictures of Mike's creation, Shui Shen, head over to his original posting.  Since I'm getting ready to board a plane and head to CES 2017 hopefully we can get to see this one in person.