CDPR Want to Emulate Rockstar’s Model; The Chinese Room Accuse Them of Sexism 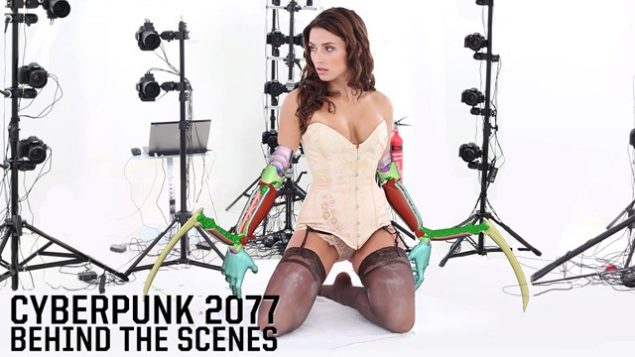 CD Projekt RED (CDPR for short) is one of the most appreciated game developers right now. A lot of that has to do with the stunning critics and fan reception of The Witcher III: Wild Hunt, which won over 251 Game of the Year Awards setting a new record.

Now, the folks at CDPR are aiming ever higher. They previously revealed their goal of being one of the world's top three developers, while confirming that their next game, Cyberpunk 2077, will be even more ambitious than The Witcher III.

In an interview with GamesIndustry.biz, CEO Marcin Iwinski said that they are looking at Rockstar for their role model and while they are on the right path with The Witcher III, they have to keep delivering with Cyberpunk 2077.

Fundamentally, The Witcher 3 has proven that... and right now we have a lot of credit, so we should use that and take the time to make Cyberpunk something really meaningful for the whole industry. It has to reach the next quality bar, and I'm not talking just for us, but for the market.

If we look at our role models, what Rockstar is doing is amazing. It's not like, 'We have to ship a game or we may not hit our financial goals.' It's, 'Here's GTA V, and by the way, it's the best game ever made.' We're all looking forward to Red Dead Redemption 2 because we know they'll show something and we'll be like, 'Oh my god.'

But we still have to get there. We have to prove it. The Witcher 3 is a good example, but we have to keep on delivering.

However, not everyone is a fan of CDPR. The folks at The Chinese Room (the British studio behind games like Dear Esther, Amnesia: A Machine for Pigs and Everybody's Gone to the Rapture, which recently released on PC), tweeted the following comment to Gamespot's report of the aforementioned interview.

But just as sexist if that image is anything to go by... https://t.co/jlLW0lWP6z

The image in question is taken from Cyberpunk 2077's reveal trailer. While it was made in CGI, CD Projekt RED had a real model, Polish Playmate Kasia Danysz, pose for the character.

What's your opinion on the matter? Do you agree or disagree with The Chinese Room on the games made by CD Projekt RED? Tell us in the comments.