Canadians likely to get new 4.5″ smartphone, the Samsung Hercules 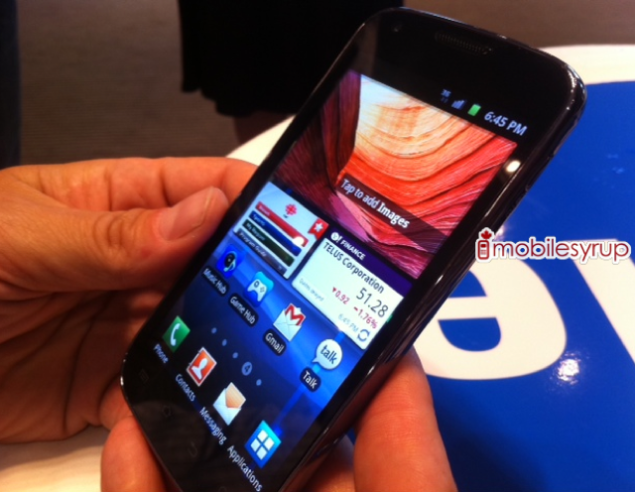 Samsung is on a roll with its android devices. The Galaxy S2 has been a huge success and now they are coming up with another smartphone, the Hercules. First things first, the device has a HUGE 4.5" AMOLED screen at 400 x 800 pixels! Mobile Syrup has been able to get a picture of the super-phone at Toronto's Samsung Mobile concert.

The device certainly looks great with curved edges and is rumored to have Android 2.3, a dual flash 8MP camera and a 1.2Ghz dual core processor. Considering the device is going to be one of Samsung's best, the rumors, though un-confirmed have a high chance of being legit. The device will reportedly launch in Canada on Telus. The carrier has been lacking behind in bringing the latest smartphones, the Hercules should rectify that. There is also a possibility that the device will have 4MBPS dual carrier functionality.

Disney is Having a Massive Sale on the PSN Right Now