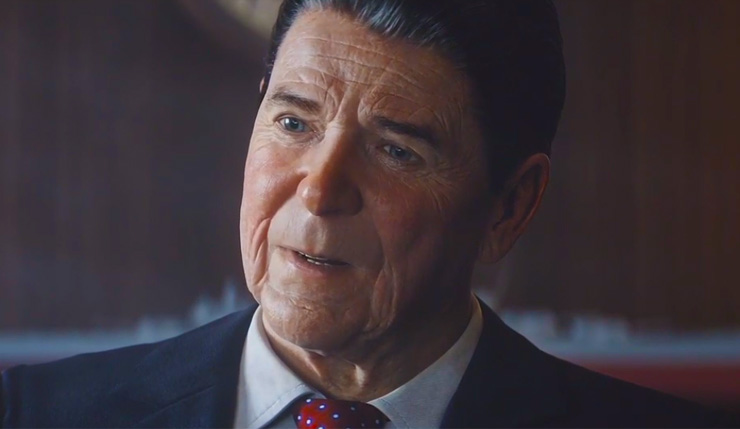 After months of teasing, leaks, and rumors, Activision finally pulled the curtain back on Call of Duty: Black Ops Cold War this week, releasing a full trailer for the game’s single-player campaign, details about how the game will cross over with Call of Duty: Warzone, and more. Ah, but the reveals aren’t done yet! Today during Gamescom Opening Night Live, Activision showed off CoD Black Ops: Cold War’s opening cinematic, featuring some familiar faces and a cameo from a President you either love or hate depending on your political affiliation. Check it out for yourself, below.

Treyarch and Raven are definitely leaning hard into the 80s stuff, for better or worse. As confirmed by Raven Software's Dan Vondrak Call of Duty: Black Ops Cold War is a direct sequel to the original Black Ops, featuring favorite characters like Woods, Hudson, and Mason. Interestingly, the game will also be less linear than most CoD games, offering up branching paths, side missions, and multiple endings. Need to know more? You can check out the cinematic debut trailer for Call of Duty: Black Ops Cold War here, and get details on the game’s various editions and pre-order bonuses, right here. Finally, this is the game's official description:

Black Ops Cold War will drop fans into the depths of the Cold War's volatile geopolitical battle of the early 1980s.  Nothing is ever as it seems in a gripping single-player Campaign, where players will come face-to-face with historical figures and hard truths, as they battle around the globe through iconic locales like East Berlin, Vietnam, Turkey, Soviet KGB headquarters, and more.

Call of Duty: Black Ops Cold War arrives on PC, Xbox One, and PS4 on November 13. The game will be available on Xbox Series X and PS5 whenever the consoles happen to launch.