Call of Duty: Advanced Warfare is one of the two highly anticipated and most awaited first-person shooter video games that are scheduled to launch later this year. Unlike previous game in the series, the upcoming blockbuster title is being developed by Sledgehammer Games, an American video game studio that is known for co-developing Call of Duty: Modern Warfare 3. Currently, Sledgehammer is celebrating its five-year anniversary in the business as an independent development studio, and doing so, the developer has released a brand new screenshot from Call of Duty: Advanced Warfare showing off gaming changing exoskeleton mechanic. 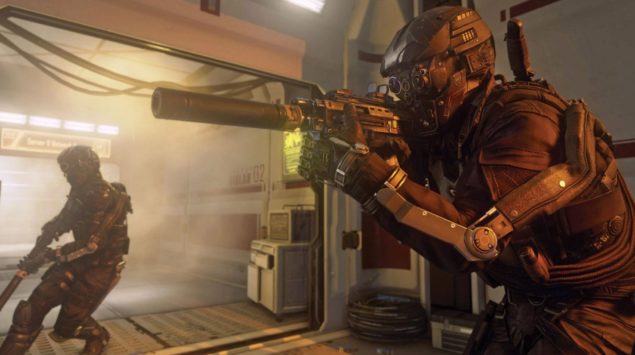 Launching on November 4, 2014 for all major video game platforms except Nintendo Wii U, Call of Duty: Advanced Warfare is a cross-gen title that will feasibly wipe out the stains left on the Call of Duty brand by Infinity Ward's Call of Duty: Ghosts. Being eleventh primary installment in the series, the upcoming shooter features a brand new thought-provoking story and several gameplay changes. Set in 2054, the game features futuristic weaponry and advanced combat schemes, and a storyline that follows the largest military force in the world, which belongs to powerful private military corporations rather than a country.

Sledgehammer Games, developer for Call of Duty: Advanced Warfare is putting everything in work to create the best Call of Duty game ever. Recently, the developer started celebrating its five-year anniversary as an independent development studio, and doing so, the team is looking to include fans in the celebrations and share some free #HammerWeek stuff with them.

As a way of saying thanks to its fans, the developer released a shinning new 1080p screenshot from Call of Duty: Advanced Warfare showcasing exoskeleton, which is, according to the developer, a game changing mechanic that allows the in-game soldiers to enhance their locomotion by moving faster, jumping higher and fighting harder. "The exoskeleton is a core mechanic of our game and really ushers in a new era for the Call of Duty franchise," says sledgehammer. You can see the new Call of Duty: Advanced Warfare screenshot below. 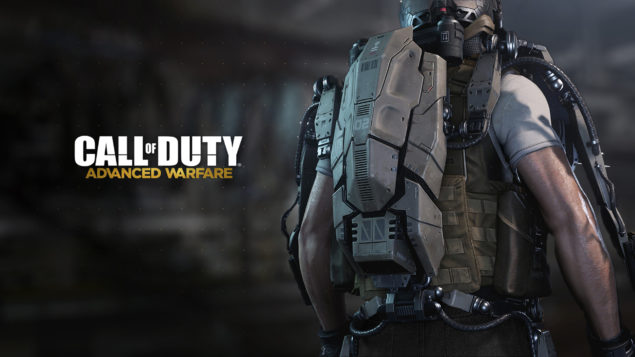 If you want to know more about the #HammerWeek, quoted below are a few words from Sledgehammer Games co-founders, Michael Condrey, and Glen Schofield about the on-going Hammer Week.

"This week marks a huge milestone in the history of Sledgehammer Games. Today, we celebrate our 5-year anniversary as an independent development studio with our publishing partner Activision. From the beginning, we’ve set out to create a unique studio founded on the values of hard work, transparency, and a culture that empowers developers to do the best work of their careers. From day one, we set a singular goal - to achieve excellence in everything we do.

We’ve had the chance to build our team from the ground up, hire the very best developers in the industry, and work on some of the biggest games in our industry. In 2011, we co-developed Call of Duty: Modern Warfare 3, a game that went on to become one of the largest entertainment releases of all time and won 2011's Action Game of the Year.

Since that time, our team has been heads down, hard at work on our next project: Call of Duty: Advanced Warfare – a true next-generation Call of Duty experience that signifies a new era for the franchise.

We couldnt be more proud of the game, and can't wait to share it with fans in November. Until then, we hope you’ve had the chance to watch some of the behind the scenes videos outlining our development process and design philosophy. Check back regularly on our Facebook and Twitter for the latest updates."

Call of Duty: Advanced Warfare will hit the local shelves on November 4, 2014 for Microsoft Windows, PlayStation 4, PlayStation 3, Xbox One and Xbox 360.