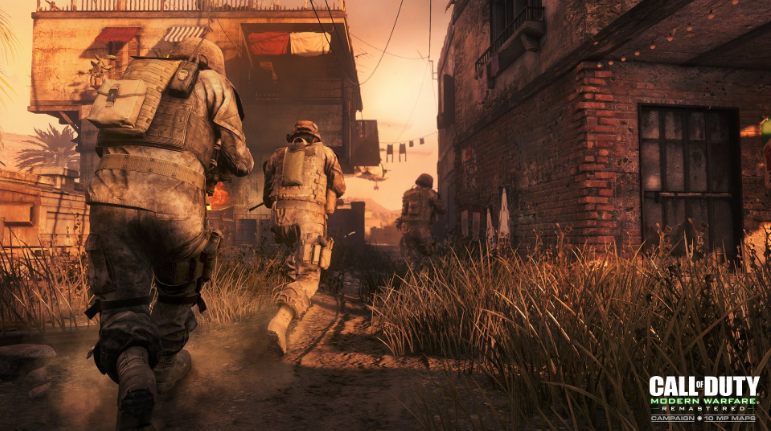 Call of Duty: Infinite Warfare is this year’s entry in the long-running first-person shooter series, but it seems like fans are more excited for the remastered version of 2007’s most cherished Call of Duty 4: Modern Warfare, which Activision is releasing alongside the upcoming shooter on current-gen consoles and PC. There is not much visual content or details available right now as the publisher is busy handling things around Infinite Warfare, but here are some screenshots that appeared online recently, showing how amazing the Call of Duty: Modern Warfare Remastered looks.

Once out later this year, Call of Duty: Modern Warfare Remastered will allow players to experience classic Call of Duty action with completely overhauled visuals. The remaster will feature original campaign mode, as well as 10 maps in multiplayer mode, instead of the default 16 maps that the game originally had. Activision has confirmed that the movement system of the game will not be altered at all, and the weapons, killstreaks, and game modes will also be the ones that were featured in the original game.

With that being the case, Activision will most probably focus on Call of Duty: Modern Warfare Remastered's overall gameplay experience on current-gen platforms, with graphics that will be on par with recent major triple A releases. Looking at these latest screenshots that recently cropped up on the internet, it looks like the game will indeed amaze fans with its looks. The screenshots are not high-res, but still, the level of detail visible is quite impressive.

Even though a lot of fans are intensely excited for Call of Duty: Modern Warfare Remastered's release later this year, the fact that it is only going to be a digital download and not sold separately from Infinite Warfare most probably means that Activision won’t dedicate much of its time towards the classic shooter. The game might also not top the sales chart, as it comes only with the more expensive versions of Infinite Warfare i.e. the Legacy, Legacy Pro, and Digital Deluxe Edition.