Call of Duty Infinite Warfare PS4 Pro Enhancements Are All About Resolution, Performance Drops More Noticeable Than On PS4 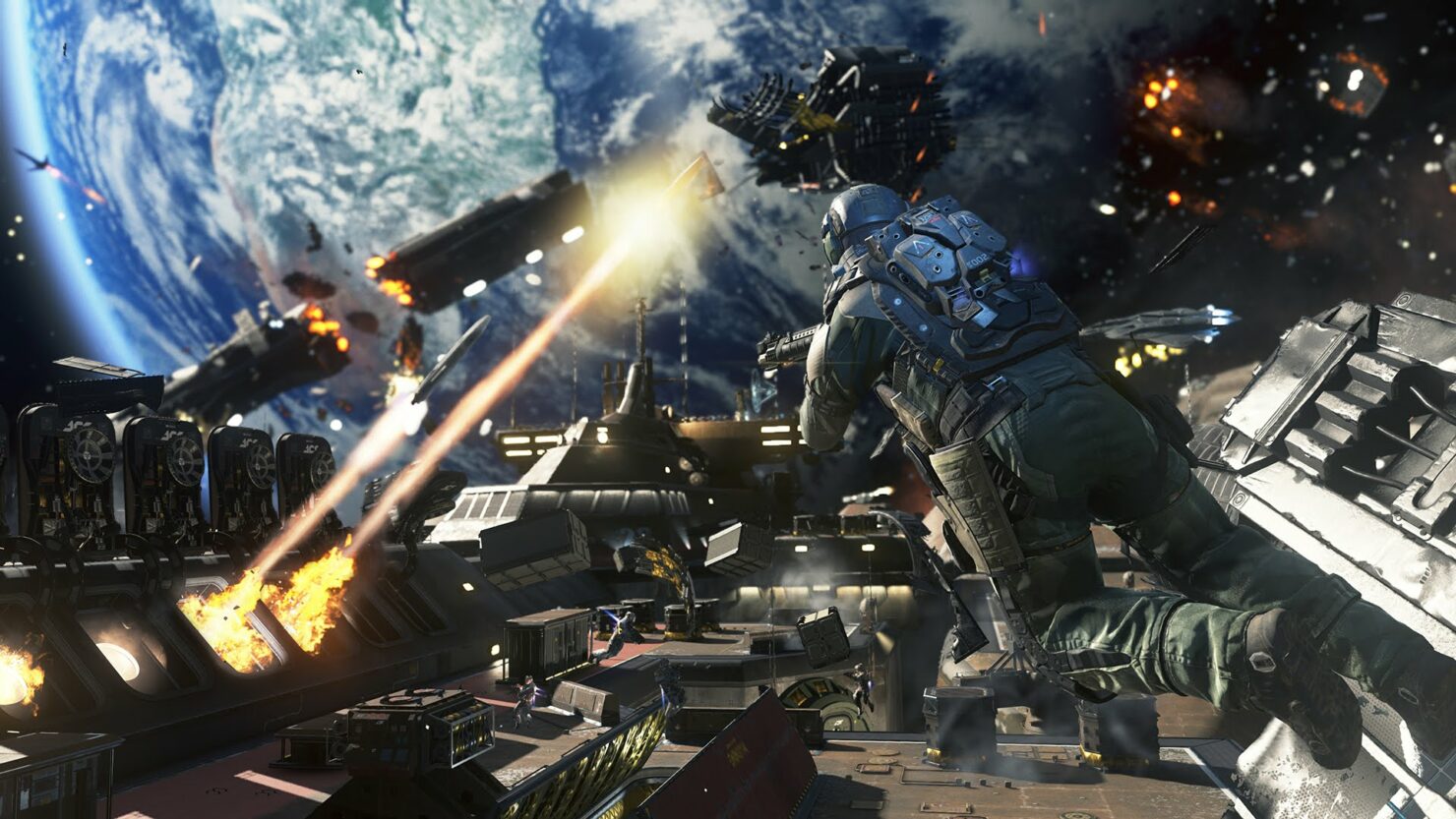 Call of Duty Infinite Warfare is one of the high profile titles launching in the next weeks that will come with PlayStation 4 Pro enhancements. Specifics have yet to be revealed officially, but a new analysis by Digital Foundry has revealed some interesting new details.

According to the recent analysis, which has been conducted on the build that was available during EGX 2016 last week, the Call of Duty Infinite Warfare PlayStation 4 Pro enhancements are mostly about the resolution, with the PlayStation 4 Pro version not featuring higher quality scenery or effects work.

Though the maps shown on each console differed (with PS4 Pro running a neat sci-fi edition of the Terminal map from Modern Warfare 2) there's no sign yet that Sony's newer machine offers higher quality scenery or effects work while simultaneously rendering out to a 4K screen. Instead, the resolution bump is clearly the focus.

The Call of Duty Infinite Warfare EGX 2016 build clearly showed use of Sony's checkerboard upscaler, which brings two effects on the game's image quality. While in motion, checkerboard rendering and temporal anti-aliasing produce some exceptionally clean lines, with the AA method creating a faintly visible banding artifact. At the end of the day, however, the improvements are quite noticeable, while the artifacts are very difficult to pick out visually.

During rapid gameplay, its use of checkerboard rendering combines with a temporal anti-aliasing pass to produce exceptionally clean lines - and this AA method helps to disguise some of these artefacts. The downside here is that this AA also adds a faintly visible banding artifact of its own to panning shots at points. On balance though, in motion the PS4 Pro turned in a night-and-day upgrade in clarity over what we experienced on the standard PS4. The combination of sitting at a reasonable distance away from the screen combined with 4K's pixel counts makes the checkerboard artefacts very difficult to pick out visually.

Things are even more impressive during static sequences. Digital Foundry noted that the game's detail level during these moments is almost indistinguishable from a true, native 3840x2160. Given the nature of the game, this isn't going to be happening often, but it's still quite impressive.

The static image is even more telling. Surprisingly, a snapshot of Infinite Warfare with the game camera completely still gives us a perfect 1:1 ratio between each stair-step along an edge, and the pixels of the 4K display used to present the game at EGX. Essentially, this means any time we decide to stop moving the camera, the game starts to resolve detail at a level almost indistinguishable from a true, native 3840x2160. It's a trivial point given the fast tempo of the Call of Duty series, but an interesting sign of how the tech works, and the benefits to PS4 Pro's approach to 4K gaming.

Regarding performance, there don't seem to be any noticeable improvements for Infinite Warfare on PS4 Pro. According to Digital Foundry, the game features the same performance drops during explosions as on PlayStation 4, but right now they are more noticeable on the soon to be released new console. The EGX 2016 build isn't the final one, so things may be different in the final release.

As for the PS4 Pro's frame-rate in its '4K mode', one thing is clear: it's still a predominantly 60fps game, but the drops we see on the standard PS4 during explosions still persist. These are jarring lurches during the usual burst of alpha-based effects, and while this would need proper analysis when the time comes with final code, right now the performance drops on PS4 Pro are more noticeable than they are on the original PS4.

Call of Duty Infinite Warfare launches on PC, PlayStation 4 and Xbox One this November in all regions.