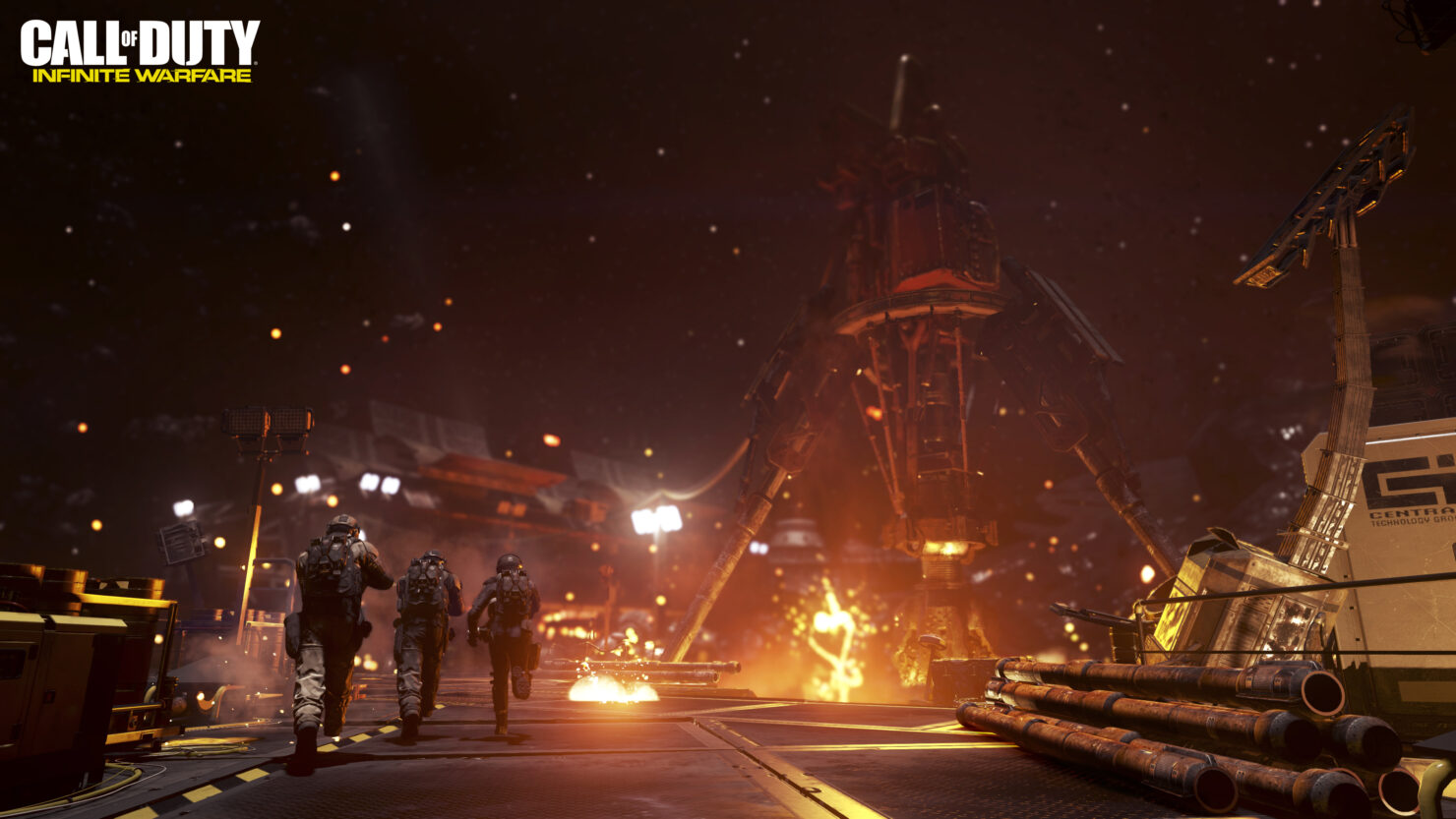 The Call Of Duty Infinite Warfare beta is almost upon us, starting next week, October 14th at 10am PDT / 5pm GMT, on PlayStation 4, and Activision detailed the content that select players will be able to enjoy next week.

In a new post on the game's Official Website, Activision revealed all the Combat Rigs, Maps and Play Modes that will be available in the Call Of Duty Infinite Warfare beta. The new post also details Mission Teams, which promise to spice things up considerably.

Mission Teams bring a metagame to Multiplayer in Call of Duty: Infinite Warfare. By completing missions while enlisted in a team, you will earn a team rank. Complete those missions with honors, and you will earn extra experience towards your rank.
Each team has a unique commander who will deliver missions to you, and comment on your success or failure. Ranking up will give you rewards from that team, including calling cards, camos, emblems, unique Rig cosmetics, as well as specific prototype weapons that are only available from that team.

In the Beta, players will get to experience two of the four Mission Teams, and will be able to enlist in the JTF Wolverines when they start the game. Their motto is “First in the Fight,” and this team and their commander favor aggressive combat. Also available as players progress will be the Orion Initiative, who go by the creed “Vigilance to Victory,” and bring their organized strategy to objective based missions.

Play Modes will also come with an interesting surprise. Alongside some fan favorite modes like Team Deathmatch, Domination and Kill Confirmed, the Infinite Warfare beta will include a new Defender Mode.

DEFENDER High-stakes game of ‘keep away’
Your team must grab a drone and defend it, gaining points while holding on and keeping it out of enemy hands. Teamwork is essential here in order to make sure your points add up until the drone resets and the cycle starts again.

Call of Duty Infinite Warfare launches next month in all regions on PC, PlayStation 4 and Xbox One.