Following the release on PlayStation 4, Call of Duty: Black Ops 3 multiplayer beta is now live for PC and Xbox One players, and despite a considerable number of players facing issues with the validation of beta codes, in-game content has started to emerge on the internet showing what is in store for those who desperately wait for Activision’s next big installment in one of the most seasoned first-person shooter video game franchises ever. The screenshots that emerged online hours ago show the graphics settings from the beta build of the game. 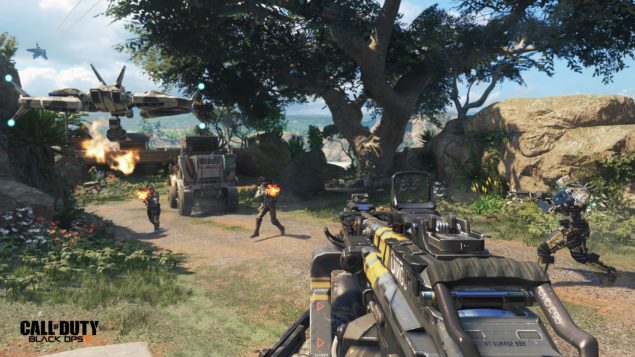 Treyarch, the developer of this year’s addition to the Call of Duty franchise, published a note recently thanking the PlayStation 4 players for participating in the beta testing of Call of Duty: Black Ops 3, which has now ended, and announcing that the beta will now kick off for PC and Xbox One. You can jump into the beta version of the game right now, that is, if you don’t get stuck like a number of players who are complaining about issues that they are facing trying to jump into the game with the beta codes provided by the developer.

According to the developer, the advanced graphics settings and final optimization for the full retail build of Call of Duty: Black Ops 3 on PC will not be the same as the ones present in the multiplayer beta version of the game. However, it is good to see the amount of options Treyarch has implemented in the beta build for players to tweak. As visible in the screenshots shared below, beta testers can enable/disable volumetric lighting, dynamic sun shadows and ambient occlusion. The field of view, texture quality, max frames per second, anti-aliasing, shadow quality and texture filtering are adjustable as well.

Call of Duty: Black Ops 3 is set for release on PC, PlayStation 4, Xbox One, PlayStation 3, and Xbox 360 later this year on November 6. Access to the ongoing beta is restricted to those who preorder the game. Those who do are provided with an access code that can be redeemed on the official Call of Duty website. The beta on PC and Xbox One will run for a week, so if you are planning to jump in, pre-order the game before you miss your chance.