[Update] The Call of Duty Black Ops 3 update is also available on PC. Full patch notes have also come in

[Original Story] Call Of Duty Black Ops 3, the latest entry of the series developed by Treyarch now available on consoles and PC in all regions, has received today a brand new update on PlayStation 4 and Xbox One, adding a new map to the game as well as a variety of fixes. 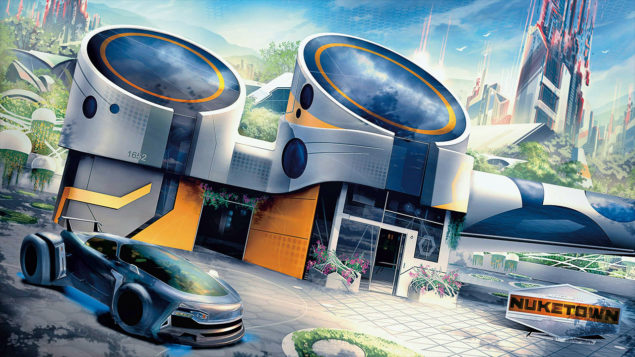 The Call Of Duty Black Ops 3 1.08 update introduces the Nuk3town Bonus Map for free for all those who haven't received it by pre-ordering the game. The update also comes with a few bug fixes that should make the experience more enjoyable.

Full patch notes have yet to come in, so there might be more fixes that have yet to be confirmed. Here's what Treyarch's David Vonderhaar and the Activision Twitter profile have revealed so far

Earlier this month, Xbox One and PC players have finally been able to get their hands on the first Call of Duty Black Ops 3 DLC map pack, Awakening. The pack, which has been released on PlayStation 4 last month, includes additional multiplayer maps as well as the first chapter of a new Zombie adventure.

Call of Duty Black Ops 3 is now available in all regions on PC, PlayStation 3, PlayStation 4, Xbox 360 and Xbox One. We’ll let you know more about today's 1.08 update as soon as possible, so stay tuned for all the latest news.