[Update] A few minutes ago, more details on Modern Warfare Remastered have emerged online thanks to Activision's website. According to what has been revealed in the FAQs,  the game may not be sold separately, as it seems like will only be availableas part of the Legacy, Legacy Pro, and Digital Deluxe editions of Call of Duty: Infinite Warfare. It's also been confirmed that there will be dedicated servers.

[Original Story] Earlier today, Activision has officially confirmed that a remastered version of the classic Call of Duty 4 Modern Warfare is going to be released alongside the new entry of the series, Call of Duty Infinite Warfare, later this year. Being one of the more popular entries of the series, Call of Duty fans are really excited for this announcement, and they can now see how much better the remaster will look thanks to a few comparison screenshots. 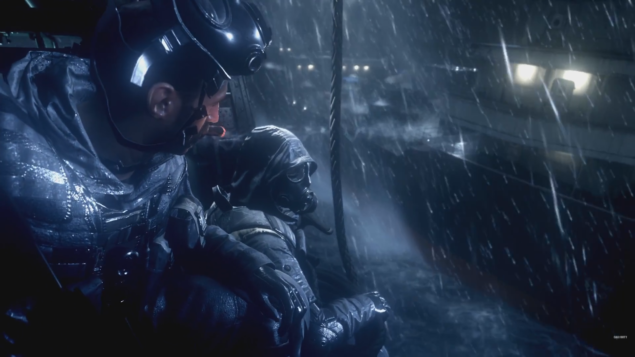 The new Call of Duty 4 Modern Warfare Remastered comparison screenshots have been shared online by NeoGAF user Kralamoonard and reddit user Billibon, showing how the new remastered version will look like, compared to the game's classic looks. You can check out the screenshots right below.

Call of Duty 4 Modern Warfare Remastered, which is currently in development by Raven Software, the team who collaborated with Infinity Ward for Modern Warfare 3 and Call of Duty: Ghosts, is going to feature plenty of graphical enhancements and gameplay tweaks, with the game's multiplayer mode getting features that have been introduced in later entries of the series.

Call of Duty: Modern Warfare Remastered boasts vibrant current generation visuals, with fully improved texture resolution and detail, high-dynamic range lighting, lit and shadowing VFX particles, revamped animation and audio, stunning sound, and much more. Fans will relive the full, iconic campaign as they’re transported around the globe with Capt. Price, Gaz and Soap across all the missions from the original game, including “All Ghillied Up,” “Charlie Don’t Surf,” and “Crew Expendable.” Players will also experience the online multiplayer mode that redefined Call of Duty by introducing killstreaks, XP, Prestige and more, and battle head-to-head in 10 fan-favorite maps from the original multiplayer mode, including classics such as “Crash,” “Backlot” and “Crossfire.”

Call of Duty 4 Modern Warfare Remastered will be released alongside Call of Duty Infinite Warfare this November on PC, PlayStation 4 and Xbox One.