My oh my, another bug has been discovered in iOS 6.1. This one allows you to bypass iPhone 5 passcode quite easily. Now it may be a blessing in disguise for those users who have short term memory and are likely to forget their passcode, but for others this could sound off alarm bells. Be that as it may, this bug which lets you bypass iPhone 5 passcode is quite dangerous and needs to be fixed as soon as possible. 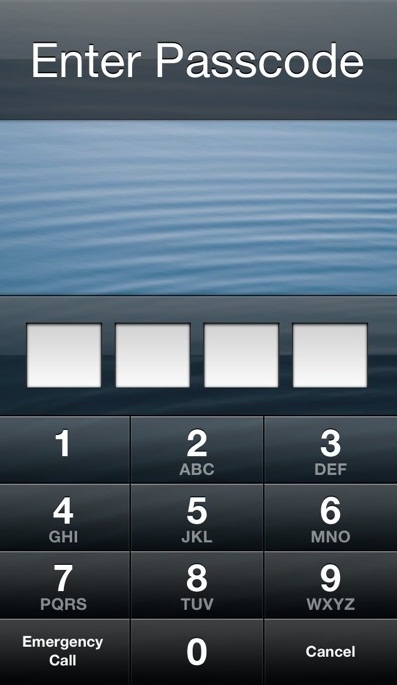 A number of bugs have been reported in iOS 6.1 firmware, which was released to fix the bugs that were found in iOS 6.0 firmware. So far the bugs discovered are related to connectivity issues, battery issues and now this one, which lets anyone bypass iPhone 5 passcode. Actually this bug works on any iPhone that's running iOS 6.1 and is therefore a major issue that needs to be taken care of. The bug can be exploited to bypass the passcode through a series of button presses.

Apple is already working out a fix for the iOS 6.1 Microsoft Exchange server bug. This one has a direct affect on enterprise users, apart from the fact that it is slowing down Microsoft Exchange servers. Apple has said that they have identified a fix and that it will be released in the near future. Hopefully a fix for this bug will be incorporated in that update as well.

The procedure to bypass iPhone 5 passcode is quite easy actually. A video has already been uploaded on YouTube which offers a step by step tutorial. Nevertheless, the full procedure is given below:

Step 1: Go to emergency call, push down the power button till the slider comes and tap cancel.

Step 2: Dial 112 and tap the green button, immediately followed by the red one. Now go to the lock screen.

Step 3: Fire up the display so that the iPhone asks for the passcode.

Step 4: Push down the power button for around 3 seconds and tap the emergency call button as soon as the slider starts to appear. Without releasing the power button, press the home button once. The passcode has been bypassed.

While this bug makes for an interesting prank at a party, it is actually quite series. Some people report that even the entire camera roll can be accessed by trying to attach a picture to a contact. This could pose some serious problems for iPhone users. Hopefully a fix for this bug will be released soon. In the meantime, try not giving anyone a reason to bypass iPhone 5 passcode at your expense.