Retailer BestBuy has announced their Xbox One/PS4 Black Friday Preview deals, includes are some amazing deals for those who’re looking for either an Xbox One or PS4.

Most noteworthy are Best Buy’s console bundles. Those who are looking for either a PS4 or Xbox One (or both), can save up $50 by grabbing the Xbox One Gears Of War Bundle for just $ 299.99. Those who prefer a PS4 console, are able to get the PS4 Uncharted: The Nathan Drake Collection bundle for $ 299.99 as well.  According the ad, saving $ 50 applies to all Xbox One consoles.

Rise of the Tomb Raider Bundle For $ 349.99 with free Xbox One controller 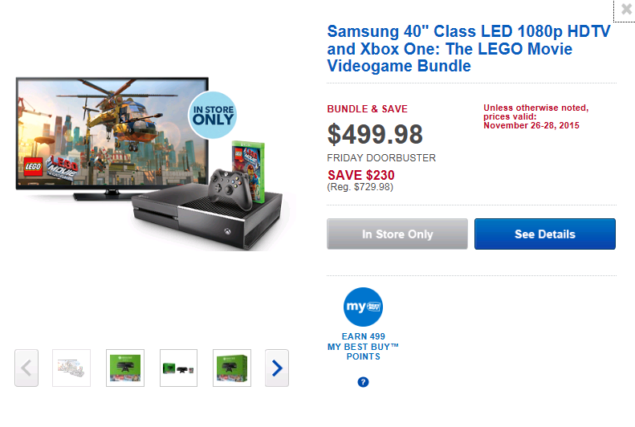 Bestbuy also has some interesting software deals for both Xbox One and PS4. The deals apply to multiple platforms on select titles.

Those purchasing recent hit games such as Fallout 4, Halo 5: Guardians, Rise of the Tomb Raider, Call of Duty: Black Ops III, and Star Wars Battlefront, will be able to enjoy 3 months of Xbox Live or PS Plus for just $ 5.00 (normally $ 24.99).