Having sold the iPhone 6s and iPhone 6s Plus with a two-year contract and as an unlocked option, the Cupertino giant has today introduced a third option for buying its smartphone - SIM-free. 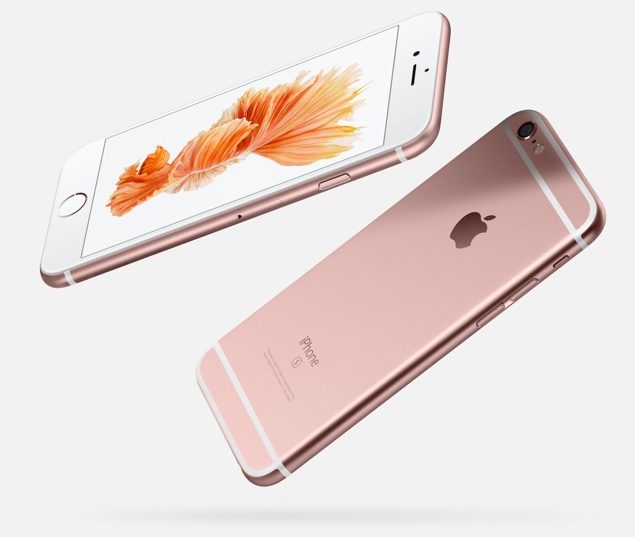 Today, the Cupertino giant made available the iPhone 6s and iPhone 6s Plus in the second wave of countries, and along with that, has revealed a new buying option for its flagship smartphones - SIM-free. This means that you can grab Cupertino's latest handset directly from Apple itself, without having to tie yourself to a carrier contract or any other sort of commitment. And since you are not making any sort of carrier commitment, therefore the SIM-free iPhone 6s will not come with a nano SIM card with it of any sort.

According to Apple regarding the SIM-free iPhone 6s:

The SIM-free iPhone comes without a wireless contract commitment or carrier financing. It doesn’t come with a nano-SIM card for iPhone 6s, iPhone 6s Plus, iPhone 6, iPhone 6 Plus, or iPhone 5s. And because it’s unlocked, it isn’t tied to one carrier, so you can get a nano-SIM from any supported carrier worldwide, such as AT&T, T-Mobile, Verizon, or Sprint in the United States.

Just like an unlocked iPhone 6s or iPhone 6s Plus smartphone, the SIM-free models carry the same price tags. They are as follows:

If you don't mind breaking your bank in one fell swoop, then an SIM-free smartphone is a better option compared to the one that ties you to a carrier for a set amount of time. Besides, if you have a SIM-free smartphone at hand, you have the choice to use it on any carrier you like without worrying about any sort of restrictions. In other words, a SIM-free iPhone is the best thing to own if you're a frequent traveller and find yourself changing SIM cards a lot. 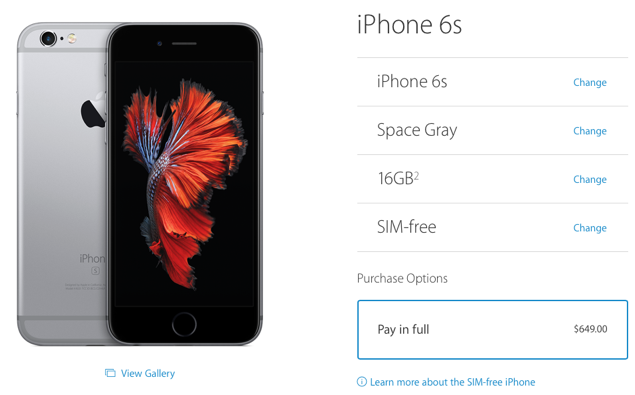 The new SIM-free iPhone 6s option is currently available on Apple's online store immediately. Furthermore, for those who are keen to know the model of the smartphone they're buying, the SIM-free iPhone 6s carries a model number of A1633, while the iPhone 6s Plus carries a model number of A1634. Using that information, you can go through Apple's database and find out which LTE bands they support in a certain country.