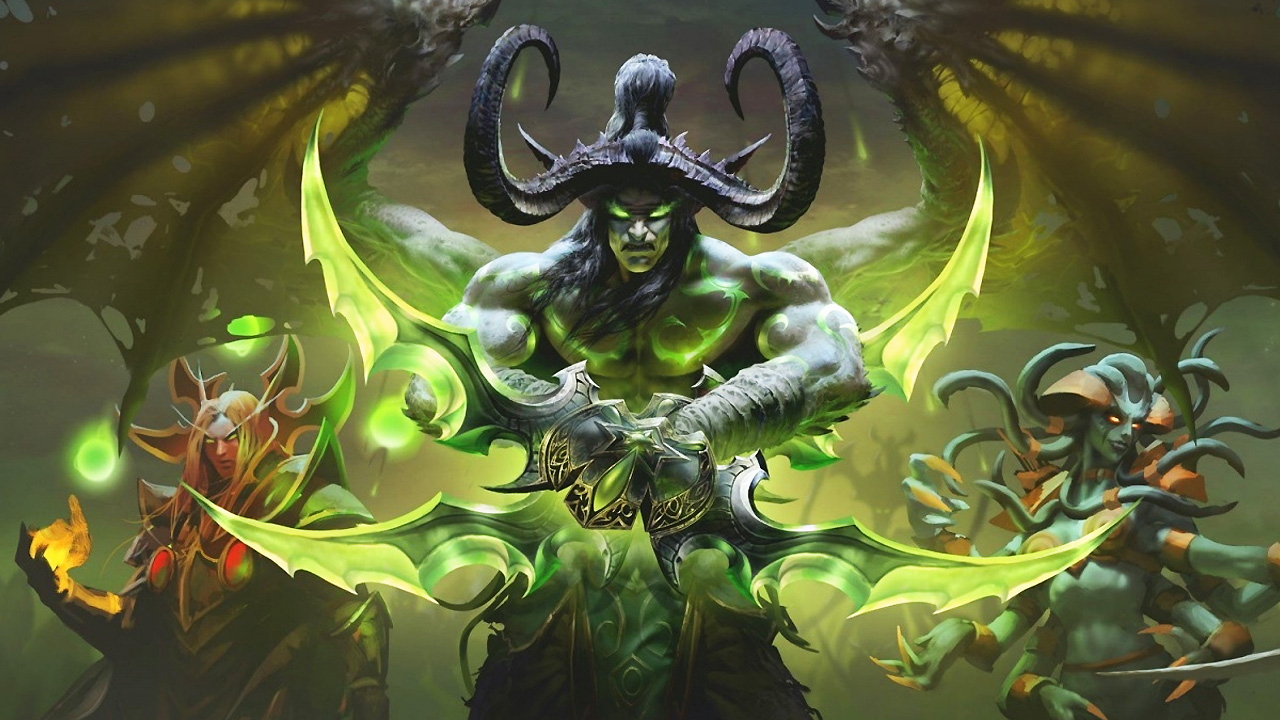 The World of Warcraft: The Burning Crusade Classic closed beta is reportedly kicking off later this month.

Last month, the first reference to the closed beta for Blizzard’s upcoming classic version of The Burning Crusade was found in the Battle.net launcher app catalog, suggesting an imminent release of the internal beta. Well, from the looks of it, the closed beta might as well kick-off as early as next week if a ‘leaked’ e-mail to Blizzard is to be believed.

As spotted on Reddit by user ‘zon3tknew3’, an internal e-mail sent to Blizzard employees suggests that the Closed Beta should be kicking off later this month with the e-mail asking staff to submit their friends and family for the upcoming beta. Submissions for friends and family should be submitted before March 15th, possibly suggesting that the beta could arrive as early as next week. We’ve included the relevant part of the internal e-mail down below:

Friends and Family for Closed Beta

If you have any friends eager to help you take on the hazards of Hellfire Peninsula and beyond, be sure they’re on your Friends & Family list for the upcoming Closed Beta (which is currently scheduled to kick off later this month).” 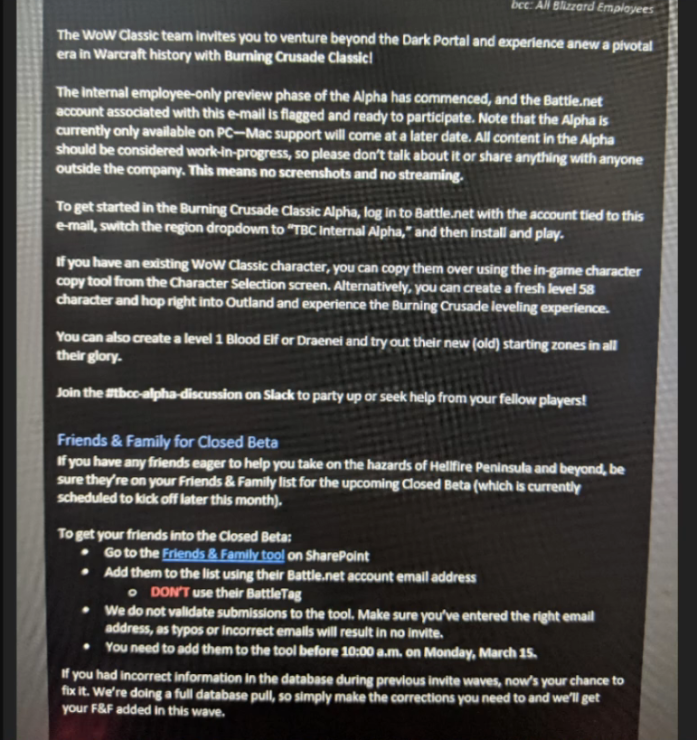 Surely interesting for fans, although we haven’t been able to verify whether this internal mail to employees is legit or not. We wanted to share it nonetheless.

World of Warcraft: The Burning Crusade Classic launches later this year. Those interested can already opt-in for its beta right here.

Force the Hand of Fate

With the release of Burning Crusade Classic, new realm types will be added to WoW Classic. If you already have characters on WoW Classic, you’ll have to choose what path your characters will take going forward.

Will you carry on to Outland and face the challenges beyond? Or will you remain a stalwart champion of Azeroth and continue to defend this world at war?