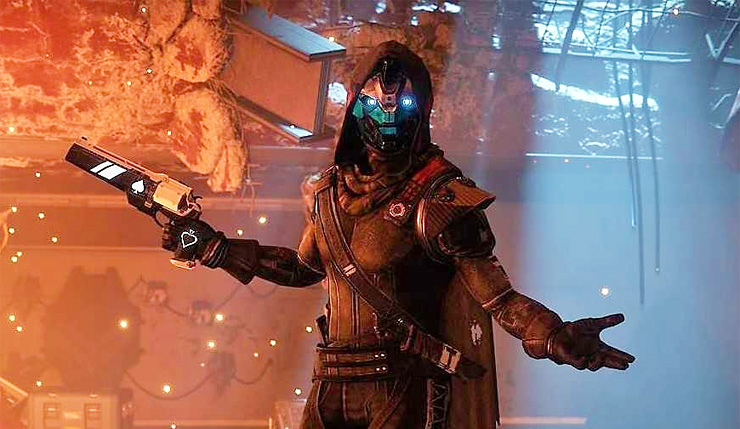 Bungie is looking become more than a one-game studio. Late last year Bungie CEO Pete Parsons said they company wants to expand beyond Destiny by 2025, but didn’t provide any info about what form any new IPs might take. Well, a few details about Bungie’s next project may have leaked courtesy of a newly-posted job listing. Bungie is looking for an Incubation Art Director for a new game that will “bond communities together” and feature “lighthearted and whimsical characters.” Check out the full job description, below.

Are you on a mission to create games that bond players together into deeply invested communities? Would you like to work on something comedic with lighthearted and whimsical characters? Do you think a lot about how art impacts gameplay, how character design can enable fan cosplays, or how character poses and environments speak to different cultures all around the world? As the Incubation Art Director, you will define the look of a new Bungie IP and work on all aspects of art to guide a prototype on the path to production. Most importantly, you will work with a fun, dedicated, and passionate cross-discipline team devoted to making a new franchise at Bungie.

Hmmm! I don’t know about you, but lighthearted characters that fans might want to cosplay as and talk of deeply invested communities definitely brings games like Overwatch to mind. Could Bungie be planning to make their own colorful hero shooter? It kind of feels like the ship has already sailed on that trend – Overwatch is still popular, but most imitators have fallen by the wayside. But hey, if anybody could potentially do the hero shooter better than Blizzard, it’s probably Bungie, so bring on the competition I say.

What do you think Bungie might be working on next? What would you like to see them do?