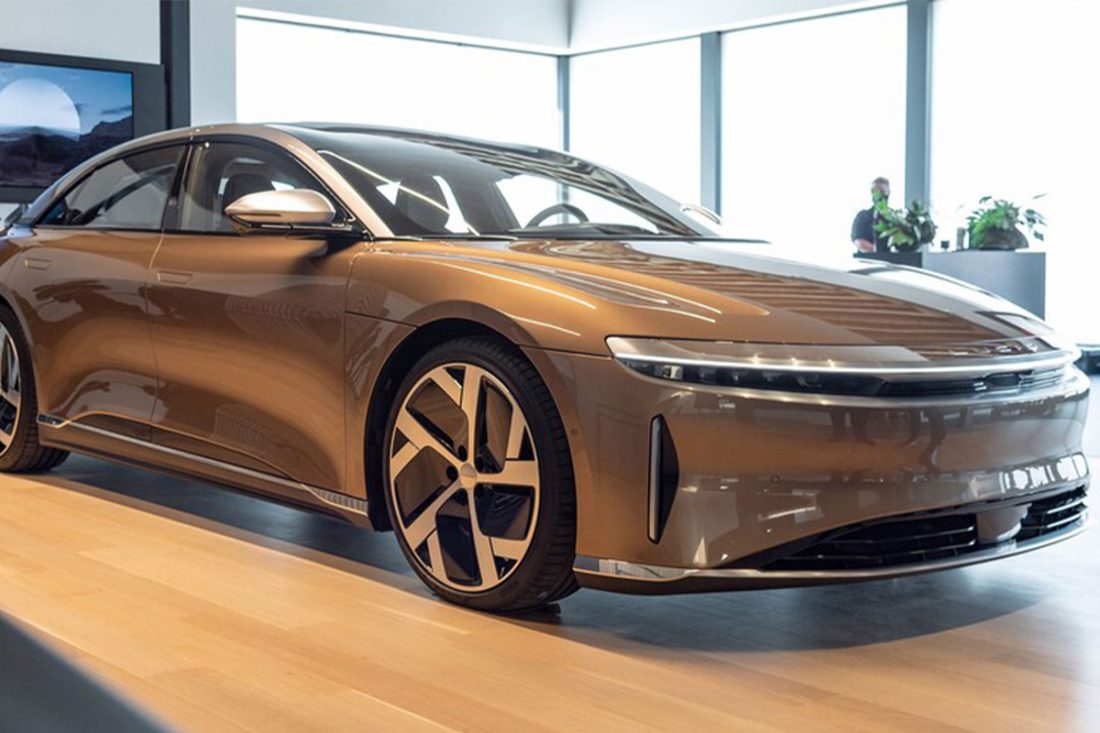 Lucid Motors, the manufacturer of the Lucid Air EV, is set to go public in July 2021 by merging with the SPAC Churchill Capital Corp. IV (NYSE:CCIV). In the meantime, the SPAC’s options order flow remains overwhelmingly tilted toward the bullish side, suggesting a persistent bullish bias among investors ahead of Lucid Motors’ much-anticipated public flotation.

As per Form S-4/A filed by Churchill Capital IV with the SEC last week, the 23rd of July remains the assumed closing date for the merger with Lucid Motors. We’ve noted repeatedly that the broader SPAC market has again started to outperform in the runup and the immediate aftermath of the crucial merger vote, where the SPAC’s shareholders approve the business combination agreement with the intended target. Consequently, the bullish nature of CCIV’s options order flow is a reflection of these expectations.

Let’s delve deeper. As per the tabulation by Market Chameleon, the 5-day and the 30-day average sentiment of CCIV traders remains pre-dominantly tilted toward the bullish side: 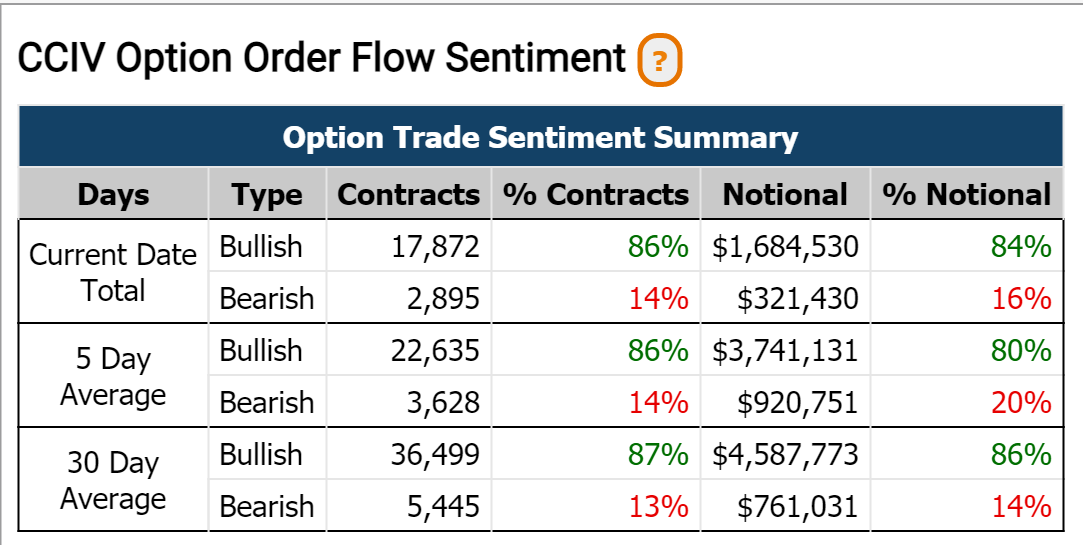 Given the assumed closing date of the 23rd of July for the merger between Lucid Motors and Churchill Capital IV, that expiration date has gained extraordinary importance. The snippet below, again sourced from Market Chameleon, details the open interest of the options expiring on the 23rd of July:

As is evident, the open interest in CCIV options for that expiration date is skewed toward bullish bets, with calls constituting 88 percent of the total open interest.

Finally, the snippet below details the Put-Call ratio for CCIV, segmented by expiration dates. As you can see, the sentiment becomes overwhelmingly bullish around the 23rd of July expiration date, again suggesting a persistent bullish bias for the time when Lucid Motors is expected to go public. 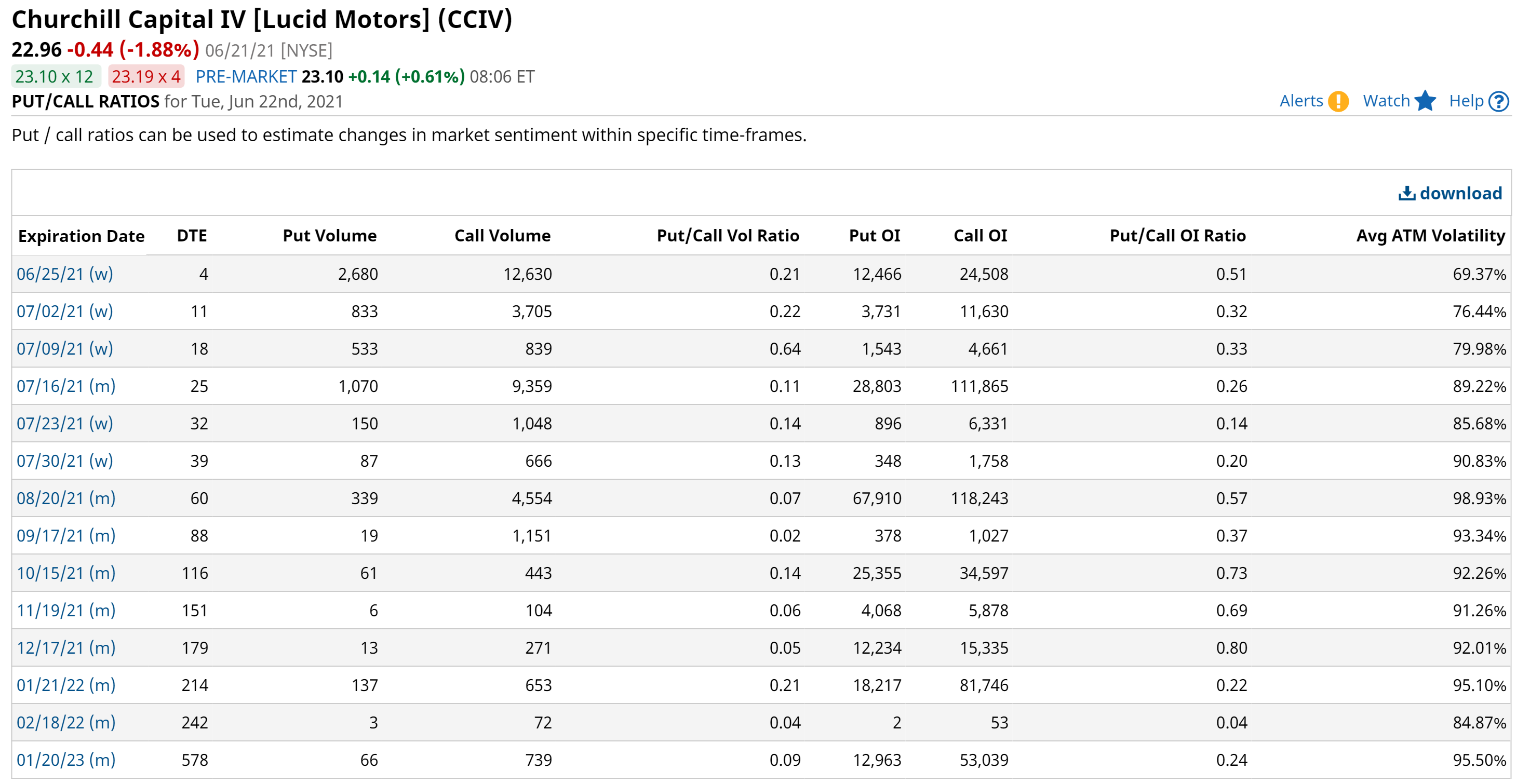 On the fundamental analysis front, Churchill Capital IV has just filed a new Form 425 with the SEC. The update details that Lucid Motors has now garnered over 10,000 reservations for the Air EV and has already started the production of quality validation builds. The company plans to ramp up the production of the Air EV through 2024 while also launching the Lucid Gravity in H2 2023.

The only purpose of this analysis is to demonstrate the current bias of the traders vis-à-vis the approaching merger between Lucid Motors and Churchill Capital IV. This post should not be considered investment advice. Readers are encouraged to do their own due diligence and consider all risk factors, such as the effect of a further delay in the deliveries of the Lucid Air EV, in their investment thesis.