Broadwell-E is basically the 'tick' portion of Intel's tick tock fabrication mechanic. It will be a die shrink of the Haswell architecture and will, it has been now confirmed, support the X99 chipset and therefore the LGA 2011-3 Socket (the "-3" indicates the Third Revision of the Socket).

The leak I received basically shows a screenshot of the Intel Chipset drivers and confirms not only Broadwell-E but that it will be coming to Intel's 9 Series motherboard. More precisely the x99 chipset. Without further ado here is the screenshot. 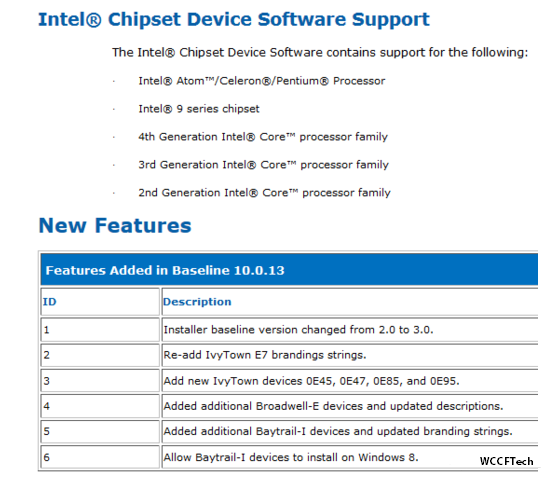 Broadwell-E will work with Intel's X99 Motherboard "Wellsburg" which should settle fears of Intel migrating to a new motherboard once and for all. It also means that those who like to update regularly can buy Haswell-E when it comes out without fear and later upgrade to Broadwell-E with the same configuration.  Broadwell-E will support DDR4 Ram and will probably have more frequency overhead than Haswell-E as is traditionally the case. Oh and another very important thing. This source claims that Intel is having problems again and Haswell-E will NOT be pushed back to June as was leaked before and that it will come in Q3 after all. I do not know what to make of this since previously all sources had maintained that Haswell-E would come in June, but I am going to pass on the message.

The E Series SKUs are generally the HEDT portion of Intel's lineup and usually the processors the  enthusiasts go for.  From here on, begins pure speculation on my part.  Haswell-E's DDR4 Frequency overhead is at 2133Mhz and I expect Broadwell-E's to be at 2400Mhz. The SKUS will most probably will follow the normal nomenclature with just the addition of 6. i.e. i7-6960X, i7-6930K and i7-6820K. They will most probably scale upto 8 Cores and 16 Threads. Their TDP should be less than 130W probably around 110W.