The wait is finally over as Destiny, one of this year's most anticipated blockbuster games, is out today for everyone, and apparently an enormous horde of eager fans is already setting things up to enjoy this master piece by the multi-billion dollar Halo franchise creator called Bungie. Taking from its reveal to this point, the developer has released a lot of in-game content and details about the game, but it is always more amusing to see the final product before starting off with it. Below are tons of new ultra HD Destiny Screenshots from final retail version of the game. 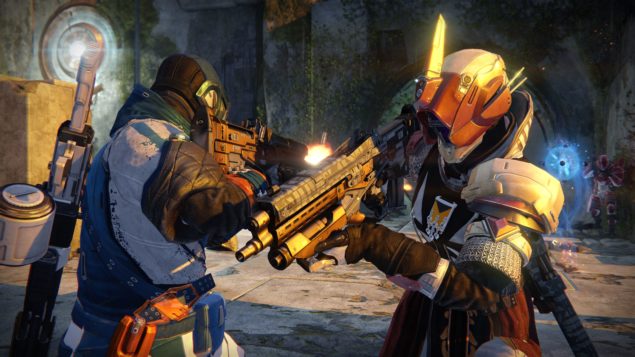 After Ubisoft's Watch Dogs, Destiny is apparently the most talked about and boasted game of this year. Developed with a budget far bigger than even the most magnificent of blockbuster films, Bungie's ambitious master piece is claimed to be everything that a role-playing first-person shooter video game set in an open world connected environment should be, and the developer believes that franchise will remain fresh and lively for as long as a decade. But it is yet to see that how far will Destiny itself push the limits of impressiveness for its fans.

To aid those who are still waiting for Destiny to unlock on their video game console, Activision has just sent in a large batch of brand new Destiny screenshots and artwork showcasing in-game locations and elements that have not been revealed in the previously shared in-game media content. The new screenshots show more of the Moon, Mars and Venus from the game and also gives a look at a sword fight in action. Before we move on, let me warn you that this post contains spoiler.

The sword shown in the first two screenshots is the Sword of Corta, around which a mission revolves, the objective goes like this: “Infiltrate the Hive Fortress and destroy the legendary Sword of Crota, a weapon once used to slay thousands of Guardians.” Other than the sword, the new content also includes great artwork showing guardian equipment from level 1 to level 20.

You can check out all the good things in the screenshots below. Note that these screenshots are rendered nearly in ultra HD resolution, this means they contain far more pixels than the original game running on the latest consoles. One good thing that you can do with these screenshots is get them printed, or even set them as your wallpaper.