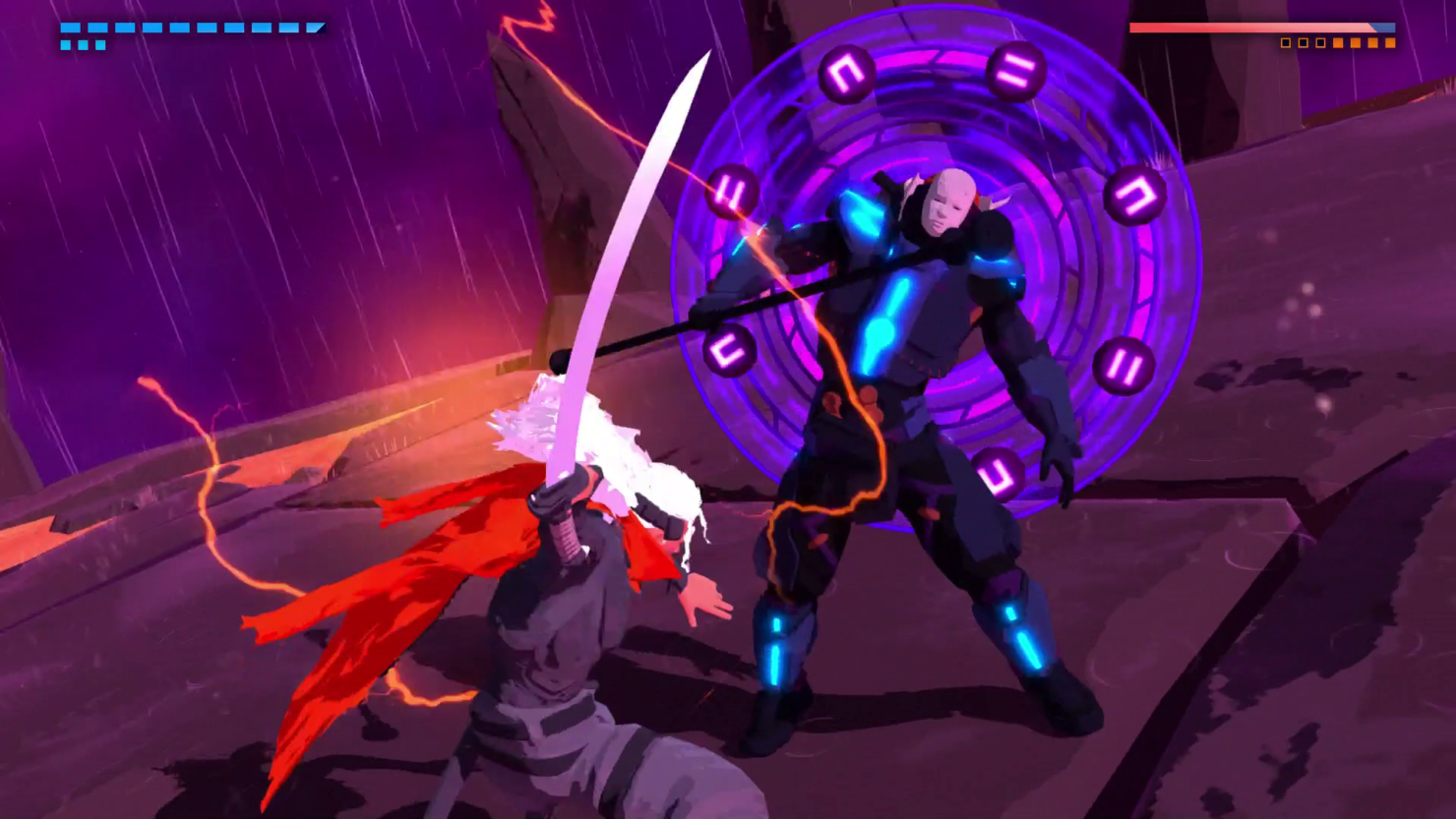 Last year, French indie team The Game Bakers announced a very interesting action game called Furi. The game has been recently shown at the E3 2016, with many praising its unique experience and stylish presentation, and soon enough, players all over the world will be able to see why Furi is so unique.

The Game Bakers has recently announced that Furi will be released on PC and PlayStation 4 on July 5th for the price of $24.99. A couple of new screenshots have also been made available, and you can check them out right below.

If you never heard of Furi, you may definitely want to check out some gameplay videos showcasing the exciting action of the game. You can find them all right below.

As already mentioned, Furi manages to set itself apart from other similar games with its unique presentation. The character design has been done by Afro Samurai creator Takashi Okazaki, and the soundtrack composed by well known electro bands such as Carpentet Brut, Danger and others. With such high profile names behind the game, it's difficult to not be impressed by it at first glance.

Furi is fast-paced, and requires great timing, reflexes and judgment. With immediately responsive controls, players must attack and counter, finding the right strategy for each boss they confront. Each of the formidable “guardians” has a distinct, surprising combat style requiring gamers’ absolute focus, skill, and split-second timing to defeat them.

Furi launches on PC and PlayStation 4 on July 5th.