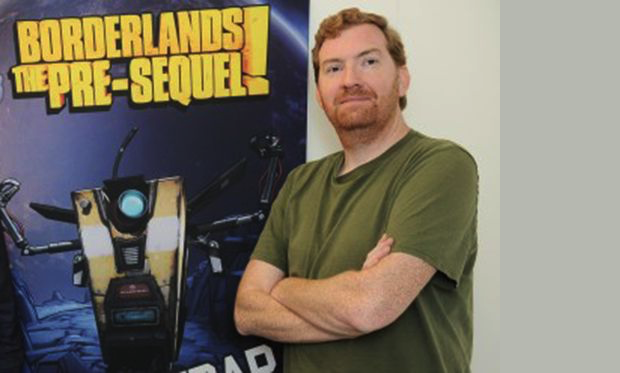 Things changed. No longer working at @GearboxSoftware. I will always love Gearbox, but it's adventure time.
— Matthew Armstrong (@MisterArmstrong) April 17, 2015

Following the closure of 2K Australia, the studio responsible for Borderlands: The Pre-Sequel, and work complete on the Handsome Collection, Armstrong took the opportunity to leave at a time when he was "non-vital".

"I could leave without damaging Borderland or Gearbox too much if I did it at this moment, so now was the time," he said. "I think Gearbox will do great in the future, and I think Borderlands will stay strong and awesome. I've been thinking about it for a while. I'm not quitting out of anger or getting fired. It's just time for new adventures. I'm an inventor. I'm ready to make something new. Not just new to me, but new to everyone."

Borderlands 3 is already in development, although at a relatively early stage as Gearbox only started hiring in January.

We are recruiting for next Borderlands. This is the big one. Industry badass? E-mail me: heyrandy@gearboxsoftware.com pic.twitter.com/ZG9dLytX1B

Telltales' Tales From the Borderlands adventure game spin-off has been great so far, and easily one of Telltale's best series to date. Borderlands does indeed look to have a bright future, and the next Borderlands will likely continue the trend set by its predecessors. With a new engine optimized specifically for current-gen and PC, the Borderlands universe could really shine, and given the fan gameplay that the series has been known for could potentially evolve into something even better with the next installment.

Gearbox is hard at work on its first-person MOBA style game Battleborn, due out sometime in 2015, so it make take some time until we see anything new on Borderlands 3. Although a reveal at E3 2015 would not be too unlikely.

We will bring you any Borderlands and Gearbox news as soon as it becomes available.