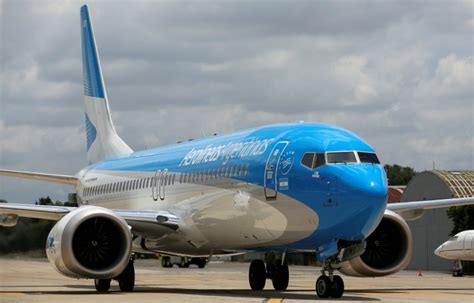 This is outside of the normal range of what we tend to cover here at Wccftech, however, the latest news coming out from Boeing (NYSE:BA) as they work to deal with the fall out of the 737 MAX crisis is a good example of how not to deal with a corporate crisis. And it definitely goes on to show what can happen when a company attempts to avoid engaging in costly research and development while facing pressure from their rivals to try to push out a comparable product with a variety of compromises.

This led to the news we have today that the Boeing CEO Muilenburg being fired as the company attempts to manage the two 737 Max crashes that occurred. I’m sure there is a trio of tech companies you can think of and how this relates. The issues that Boeing is facing did not really start with the crashes from the new 737 Max aircraft but much earlier. Nearly a decade ago the 737’s main competitor from Airbus, the A320 series came out with a new engine option with a more fuel-efficient engine with a larger diameter, while keeping the flight characteristics of the plane like the original design.  Since fuel costs are one of the big cost drivers that the airlines have control over this meant that Boeing was likely to face significant loss of market in the narrow-body jet market.

This set of a series of business decisions at Boeing to try to mitigate the loss of these sales.  The original design of the 737 dates to the 1960s and this old design left the company with few options for installing newer, more efficient and modern engines.  This was because the costs of increasing the space under the wing of the 737 were going to be so costly that the company would really have needed to design an entirely new aircraft.  However, this would also lead to costly new regulatory hurdles and certifications for an entirely new design and would also force customers to engage in new training for pilots further increasing costs.  What they did instead, was install the new, larger engines farther forward and higher up on the wing of the old plane. This changed the flight characteristics enough that the plane required new software to keep the plane from stalling at high angles of attack.  This new software fixed the problem of stalling, but it also overrode pilot input and tended to cause a loss of control and contributed to the two crashes and the grounding of the current 737 Max fleet.

The company shares are now down about 20% over the last nine months because the company failed to follow the standard crisis playbook most company’s use, which is to fire the top official as a sacrificial lamb to appease regulators and shareholders.  Muilenburg, who started as an intern with Boeing in 1985 and worked his way to the top position in 2015, oversaw what might be the biggest crisis in recent history. Boeing will be replacing him with David Calhoun effective January 13 and will stop production of the 737 Max jets this January. Aerospace analyst Richard Aboulafia of Teal Group said of the appointment, “Calahoun is respected in the industry, but long-term, does he bring the right tool kit? Private equity leans companies out. That’s not Boeing’s problem right now.”  Calhoun previously served as head of Blackstone Group’s private equity operation which has the analyst concerned since Boeing needs to focus on engineering.