According to car manufacturing giant BMW’s indication, the new 7 Series models that were sold in the US market up till now without the self-parking facility would be easily upgradable to the this option.

In a statement that included "the technology in this feature is such that we will be able to make it available for cars that do not already have it."

However as per a comment to The Verge, BMW stated that the cars that have already been sold are not upgradable since they lack the essentials for them to upgrade to the self-parking facility option. Hard luck for those people who have already bought the new 7 Series.

The primary indication to this originated because this feature of BMW’s new 7 Series model was explicitly mentioned by the US Secretary of Transportation Anthony Foxx. Also claiming that the technology the new models are using are in compliance with the federal safety authority regulations, which made it safer to use than other cars per se.

"We know that 80% of car accidents are due to human error. So we ask ourselves, what happens if human error was eliminated? If the technology meets its promise, my back-of-the-envelope math tells me that more than 25,000 lives would have been saved in 2015 alone," Foxx told reporters

However there’s more to it, the car manufacturing company (as per the reports) originally avoided giving customers in the US this feature in new cars that were sold because of fear over regulatory concerns. While 7 Series models sold in other markets already have this feature enabled in them.

There’s still some hope left for the US market that BMW will eventually end up enabling the self-parking facility for the 7 series owners however this feature is not going to be for already existing customers. 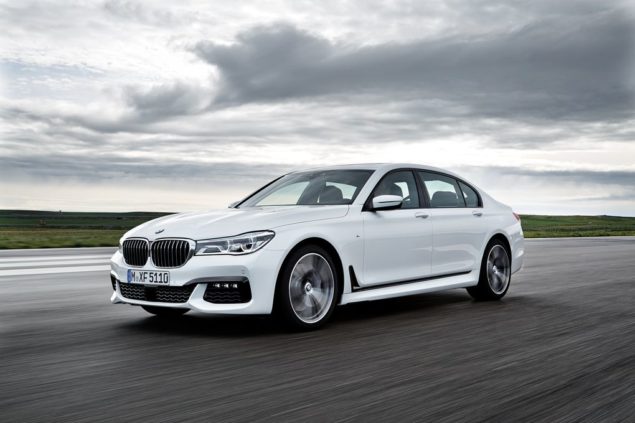 It’s evident and this action by BMW exposed it even more, that there is a whole lot of gap between legacy automakers and Tesla, at least in the US. Where Tesla offers features and functionality upgrades in already sold cars through over the air software updates as well as hardware changes. Tesla also enabled self-parking feature in its Model S cars already driving on the road, through such an update.

Here’s to hoping that new BMW 7 Series models will have the self-parking feature enabled so people won’t have to go through such disappointment again.