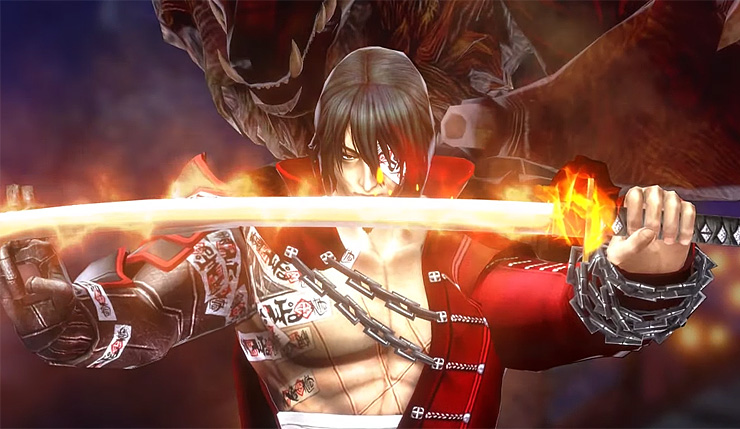 Since being revealed, Bloodstained: Ritual of the Night’s main protagonist Miriam has been the focus of all promotional materials, but you’ll be able to play as somebody else as well. That second character is the demon hunter Zangetsu, who will be voiced by none other than Solid Snake himself, David Hayter. Zangetsu was also the star of the retro spinoff Bloodstained: Curse of the Moon. You can check out a quick trailer for Zangetsu, below.

KILL…EVERY…LAST…DEMON. Zangetsu’s vengeance against the demons of hell is a raging inferno that knows no peace. Play as the demon hunter samurai in Bloodstained: Ritual of the Night, fee after launch! Zangetsu is brought to life by the awesome voice talents of David Hayter (Snake from the Metal Gear series) and brings new ways to play, explore and experience the story of Bloodstained. Equip the deadly Zangetsuto katana and ravage your enemies with devastating elemental talisman magic.

The makers of Bloodstained recently detailed the post-launch content they’re working on – get the details here. Haven’t been keeping up with Bloodstained? Here’s a quick features breakdown:

Bloodstained: Ritual of the Night spills onto PC, Xbox One, and PS4 on June 18. The Nintendo Switch version launches a week later on June 25.