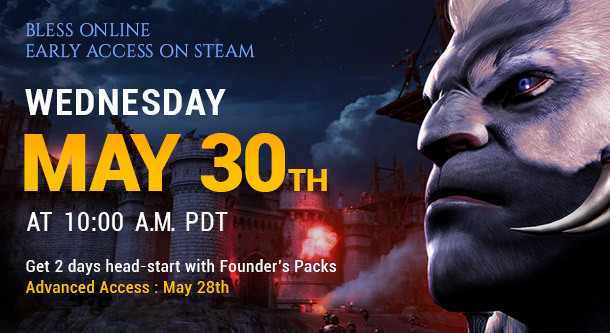 NEOWIZ announced yesterday that Bless Online, their fantasy MMORPG, will launch on May 30th via Steam Early Access. The price will be $29.99, though NEOWIZ will also sell three different Founder's Packs enabling a two-day headstart and the additional perks described below.

Localization has been confirmed for German (text only) and English (full voice-over). North America's servers will be set in Virginia while European servers are located in Frankfurt, Germany; other regions such as China, Japan, Korea, Taiwan, Hong Kong, and Macao are going to be locked.

NEOWIZ also hosted a live stream where they answered many questions from the fans regarding the improvements made for this Western release. You can find a list compiled by the Reddit community at this address; meanwhile, read our interview with the developers in case you missed it a few months ago.