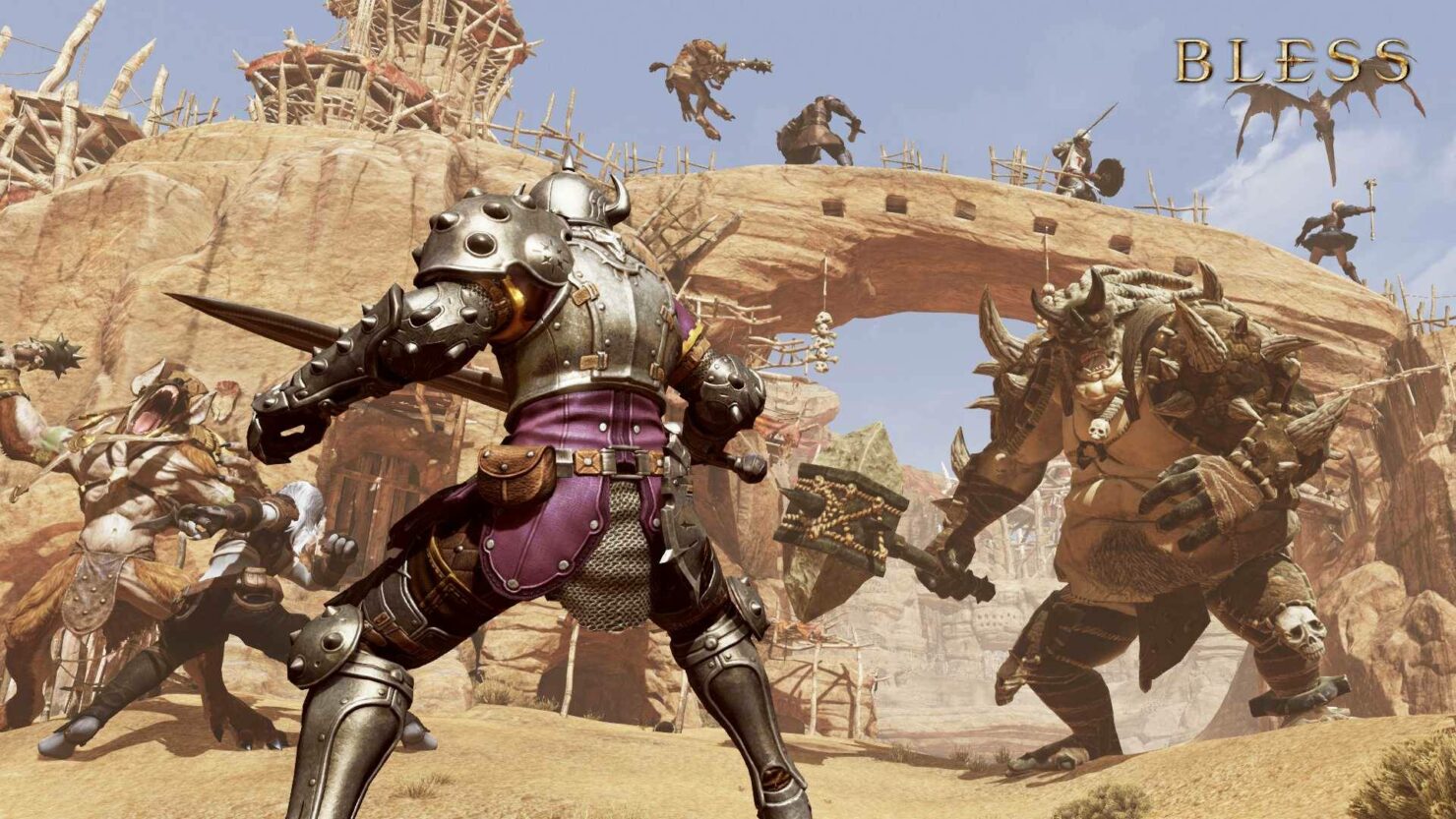 MMORPG fans are well aware of how stale and barren the genre has been in recent years. Western developers and publishers, after fruitlessly pursuing the runaway success of Blizzard's World of Warcraft, have largely stopped making triple-A MMORPGs in favor of jumping on the latest trends such as MOBA, survival and lately Battle Royale titles.

These days, it's mostly Korean development studios making big budget MMORPGs. One of those is finally about to debut on Western shores; I'm talking about Bless Online, which is due to launch on Steam later this year. We've included the title in our Most Anticipated Multiplayer Games of 2018 list and to bring you even more exclusive information, we have had the chance to interview Jae-hoon Jeon, the Game Director of Bless Online at Neowiz Bless Studio. Enjoy!

For how long do you anticipate you'll need to be on Steam Early Access ahead of the full release?

It will take time and resources to polish and stabilize the game. We will try our best to have the
full release ready in about six months after early access. Early access will be like a soft launch,
so no progress will be wiped for those who participate.

You have stated in the most recent developer update that you intend to provide 'goals for horizontal growth'. Can you give us a few examples of what those might be?

Will you reduce the so-called 'grind' for this Western release?

One area we are focused on is to create a leveling experience that provides a variety of rewards
as players work towards the level cap. It’s important to note that Bless’ leveling content is
focused on questing, story, and dungeons - not mob grinding. In this way, we think fans of
modern MMORPGs will be quite at home in Bless.

Are there going to be any noticeable improvements to the game's netcode?

We will be continuously working on optimizing the stability of our game. We are working hard to
improve the loading speed of the current UI and the sudden frame drops during the game. This
is a big reason for the overhaul of Bless Online, given how vital performance is for our RVR and
large scale PVP.

What about the graphics quality of Bless Online? Did you add any new visual effects or improve textures, etc.? Did you improve combat/movement animations at all?

We are constantly working to improve the quality of the graphics. There will be graphics changes
to the combat as well as movement animations in the new combat system.

Are you planning to introduce region lock for territories outside of North America and Europe?

We are not planning to region lock the game outside of North America and Europe. We want to
make sure anyone can enjoy our game from any region where possible. There are exceptions to
this which is due to our obligations to existing partners who are publishing in certain territories.

Will there be any support for controllers in Bless Online?

This is not in our current plan, but we never say never!

Are there any plans to reintroduce the Siren and/or Iblis-Feyadin races and if so, do you have an ETA for that?

In the current schedule, we are planning to release a new race update for early 2019, but it may be
changed. If and when we’re ready to announce it, you’ll be the first to know!

Will it be possible to trade directly with other players?

Direct trading isn’t possible with the current Bless Online, but we are seriously considering it, as
many players love to do this sort of thing on their own without the need for an auction house.

Is player/guild housing a feature that might be introduced in a future update to Bless Online?

Yes, we are designing housing features in Bless Online, as it has always been a goal for our
team. We will give you detailed development information in a Dev Talk in the future.

Going forward, are you preparing any brand new PvE and/or PvP content to be introduced post-launch? If so, can you share some details?

Yes, actually. Soon after launch, 20-man field boss and 40-man raid boss PvE content will be
added. High level open field PvP, 15vs15, 10vs10 battlefield, and a large-scale war system will
be added for PvP. Plus, we are also designing and developing other new features… but we can’t
reveal everything yet!

Can you share your plans for monetization, particularly with regards to the in-game cash shop?

We haven’t finalized our monetization plan, but we understand your concerns with P2W. Quite simply, that isn’t going to happen and we will release details once it’s finalized.

A while ago a rumor circulated regarding a potential release of Bless Online on consoles. Is that something you are still considering and might happen at some point?

Neowiz is interested in Multi-platform and is investing in R&D (Research and Development) for a potential console version, but we do not have any announcements for that specific goal yet.