Just a couple of days back Research in Motion, now known as BlackBerry, officially announced the new BlackBerry Z10. The announcement was made in six major cities around the world, which included New York, Paris, London, Toronto, Johannesburg, Toronto and Dubai. I was lucky enough to be present at one of those events, and was also able to get my hands on a brand new BlackBerry Z10. Check out the exclusive new BlackBerry Z10 unboxing pictures down below. 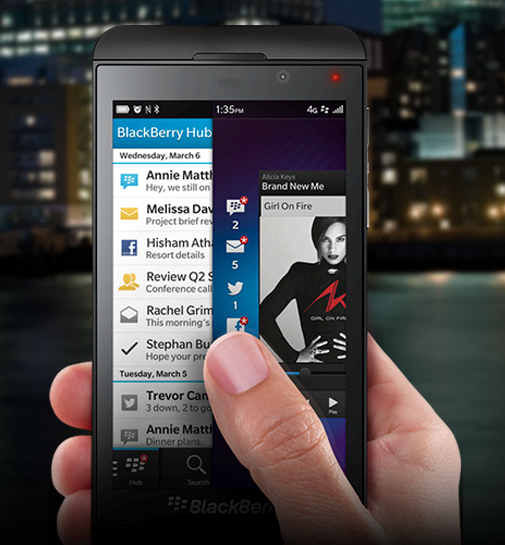 In these BlackBerry Z10 unboxing pictures you will notice that the box and device packaging is a bit unorthodox, that's because this is not the retail version which will be sold out to end users through various network partners, as well as off contract.

As is evident from these BlackBerry Z10 unboxing pictures, the company has really gone all in with this device. They have redone their entire design strategy and have fashioned a remarkable product. BB10 OS is definitely a refreshing alternative to the monotony that we have been seeing in iOS and Android, on the other hand the hardware specifications of the Z10 could have been better.

In a couple of days we will be posting a detailed review of the new BlackBerry Z10 as well as its comparisons with various other smartphones that are dominating the global market as of now. If you have any question related to BlackBerry or this new device in particular, simply leave a comment down below.

iPhone 5 VS BlackBerry Z10 Side By Side Video Comparison