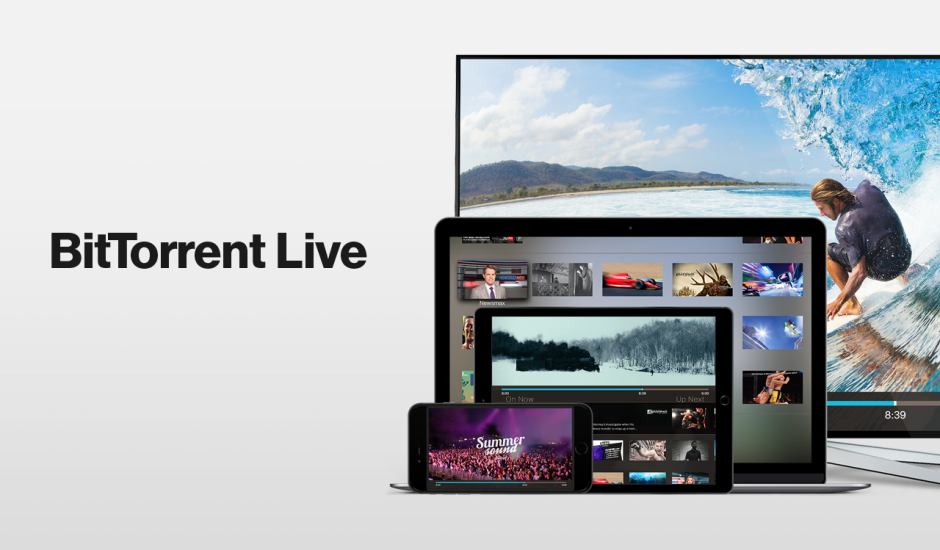 BitTorrent has been one of the leading torrent clients. With BitTorrent Live, it also tried its luck in live streaming services for FireTV and Apple. The same service has now been made available for Android, today.

The free live streaming service by BitTorrent allows users to watch music concerts, sports, and other events live. With its peer-to-peer (P2P) technology, BitTorrent Live makes up for the shortcomings faced by usual HTTP Live Streaming. The service also has new features like file synchronization, music streaming, video streaming, and much more. However, its principal focus is on streaming live events seamlessly.

In 2016, the service was first released for Apple TV and Fire TV. It was later made available on iTunes, which in turn gave access to Macs, iPhones, and iPads. And now, BitTorrent has finally launched the service on Play Store. For now, the channel selection is limited, and you will be able to access channels such as Newsmax, QVC, NASA TV, Fast&Fun, OANN, Filmbox Arthouse, and others.

In comparison to other live streaming services like the Sling TV, BitTorrent Live has got better technology (P2P) that transmits media to users without relying much on the satellites. Also, the service is free of cost and does not come with subscription packages. However, in the future, it may come up with paid plans. Currently, BitTorrent Live takes 10 seconds to reach viewers while Sling TV could take up to a minute.

The list of channels available for live streaming on BitTorrent Live is not impressive, and even the most innovative live streaming service could fail if it does not have good content for viewers. Now that it has been launched for Android, we could expect BitTorrent to add known channels on the list.

Since it's free, there is no harm in giving it a trial. Prolonged viewing hours on BitTorrent Live will only drain your device's battery and internet data.

Let us know how it works for Android. You can share your views in the comment section.

BitTorrent Sync 2.0: Skip The Cloud And Share With Ease

BitTorrent App Approved by Apple for iPhone and iPod touch.