Aside from Mass Effect Andromeda, Bioware is working on an “exciting” new IP that might well involve “believable characters”, humanoids, creatures, and mechanical forms. 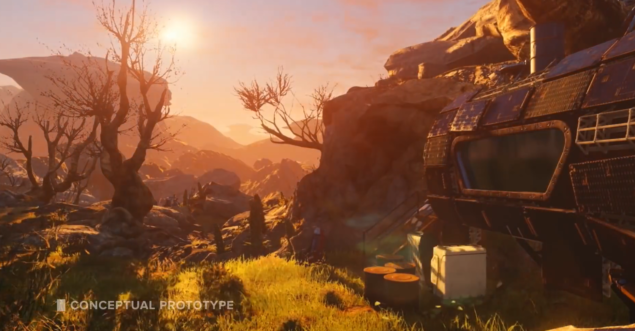 A while ago we already learned that Bioware is working on a new secret IP, next to the upcoming Mass Affect Andromeda.

“BioWare want to tell “very contemporary stories” with the game, but in a world “as big as and imaginative” as the studio’s previous work in sci-fi and fantasy. It will be a “clean-sheet design” starting from “the most fundamental principles you can have”, said Bioware devs during the video. “We’re trying to build a fictional world that feels real.”

Bioware’s new IP remains a mystery, and apart from the details released through the E3 video, no official info has been released on the project.

A new job opportunity at Bioware might have revealed some new additional info on the new IP though. Bioware Austin is looking for a contracted Character Artist for their “exciting new IP”.

We are currently hiring a contract Character Artist in our Austin studio.

What the Character Artist will do at BioWare:

We would like to add a contract Character Artist to our team for our exciting new IP from the creative team that brought you Mass Effect. A Character Artist at our BioWare Austin studio will influence a new generation of character fidelity by utilizing their exceptional skills and working with the latest engine and tools. It's important for all characters in BioWare games to be emotionally engaging and immerse gamers into the worlds and stories that we create.

According to the job description, the artist will be able create “high quality believable characters”.

On top of that, the character artist will need exceptional modelling skills of humanoids, creatures or mechanical forms.

Interestingly, in the E3 2014 video, it is mentioned that the new IP is being build in Bioware’s Edmonton studio, while Bioware is looking for an artist in their Austin studio.

Chances are high that the Austin studio is supporting the Edmonton studio on creating the new IP.

EA: Anthem “Performed Below Expectations” but Will be Supported