Bioware writer Jay Watamaniuk has been sending out some tweets regarding the developer's new secret IP that was announced back at the E3 of 2014. 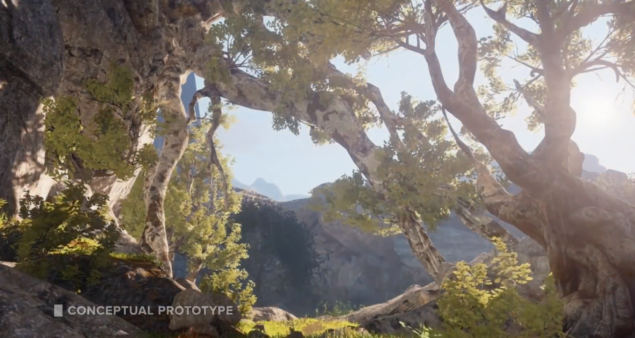 Bioware is not only working on Mass Effect Andromeda, but is also working on something other than Mass Effect. Watamaniuk confirmed this earlier this year, when he tweeted that big ideas were being discussed. Back in April of this year, both Preston and Jay Watamaniuk also took to twitter to tease a new secret project at Bioware.

Bioware's secret IP remains a mystery, and apart from Bioware's E3 trailer in which the new IP was confirmed, no details have been released.

During the trailer, Bioware devs (including Aaryn Flynn) stated that their Edmonton is building a completely new IP with a clean-sheet design. The developer said that they are building worlds and journeys for the next-generation.

"BioWare want to tell "very contemporary stories" with the game, but in a world "as big as and imaginative" as the studio's previous work in sci-fi and fantasy. It will be a "clean-sheet design" starting from "the most fundamental principles you can have", said Bioware devs during the video. "We're trying to build a fictional world that feels real."

Down to "actual writing"

Following a few months of non-teasing, writer Watamaniuk has now once again send out some tweets regarding development on the new project. According the writer, the team is now getting down to actual writing for the new IP. Watamaniuk expresses to be excited.

Getting down to actual writing. Exciting. #secretIP

A big decision on character stuff for Bioware's secret project was made, if Watamaniuk is to be believed.

Of course we don't know what he's referring to just yet, but hopefully Bioware will shed some light on the new mystery project soon enough.