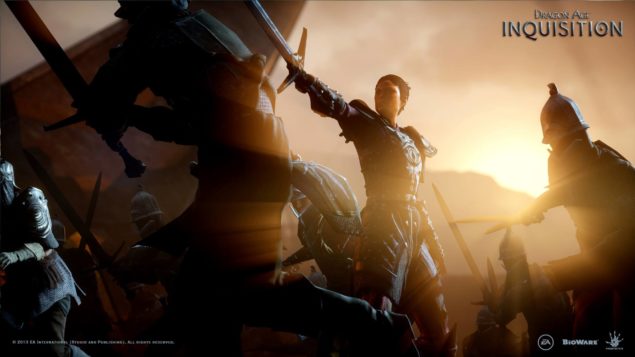 Dragon Age: Inquisition was first openly revealed at E3 2013 and since then BioWare has been giving players a frequent dose of screenshots taken from the game. The developer announced that the game will feature the elements of both the earlier games in the series; Dragon Age II and Dragon Age: Origins. However, the game will feature improved textures and next-gen graphics with larger and dynamic environments.

Recently, BioWare's Aaryn Flynn tweeted a new Dragon Age: Inquisition screenshot, thanking the fans for their support and devotion to the franchise. The screenshot is taken from the pre-alpha PC version of the game, it showcases a waterfall and lush environment of the game. 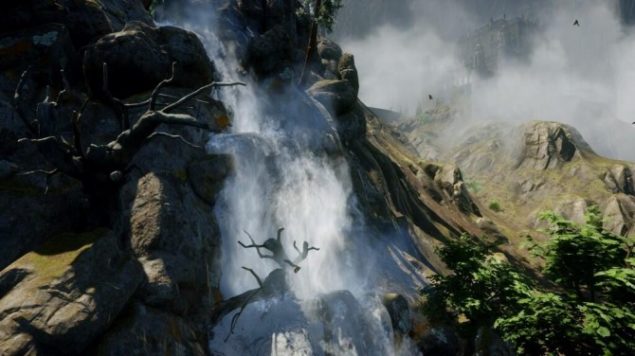 Dragon Age: Inquisition is currently in its development stages and it looks like the game is about to enter the alpha testing phase. BioWare wants to test the game with public and improve it according to the feedback and so the developer is holding Dragon Age: Inquisition playtests. The developer has started looking for playtesters that will test the game and help in eliminating the common glitches and bugs.

Not only hardcore fans of the series will enter the Dragon Age: Inquisition playtests but also those gamers who never got a chance to get their hands on the franchise can try their luck by simply filling this questionnaire. Gamers in the Vancouver area can participate in Dragon Age: Inquisition playtests that will be held next week. BioWare will directly contact the chosen ones via e-mail or phone.