Bioware: No Cause for Concern of Mass Effect: Andromeda Release Slipping, Team Is Focused on Quality 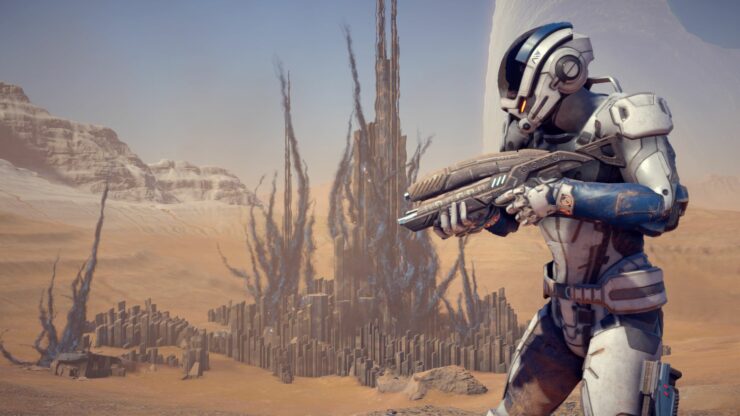 Bioware is working hard to finish Mass Effect: Andromeda, the first installment in the franchise's new saga set in the Andromeda galaxy. The team based in Edmonton decided to create an open world for the first time in Mass Effect, which certainly proved to be more challenging than anticipated.

First announced at E3 2015, Mass Effect: Andromeda is now targeting a Spring 2017 release date which could mean anything from late March to June. Some fans are understandably a bit worried about a new delay and on this topic, Bioware's Producer Fabrice Condominas said in an interview with Eurogamer:

There's absolutely no reason to be worried. BioWare is all about quality and believe me - the team is extremely aware of how fast that is coming [laughs]. But we're focusing on that - that's our objective. Maybe we'll need two extra days? When we're 100 per cent confident we can go to certification on a certain date, then we'll give a very specific date. In the meantime, we're focusing on quality and every day counts. We don't want to pressure that.

Oddly enough, the statement above appears to be slightly contradictory. If the team is so focused on quality, then perhaps it could very well decide to postpone the launch date if need be.

In the same interview, Condominas addressed in-depth the issue of the inconsistent facial animations showcased in the recent gameplay trailer.

We are absolutely working on it. As was mentioned in the tweets it's actually something that comes last in the polishing stage. We've been using full facial capture for the first time to record the actor's performance and it's also the first time for BioWare [using this technique] working in Frostbite - I think we're beginning to push that fairly far. We're actively working on it and it's the last thing to be polished before we do a manual pass and really, really tweak all those movements because we first wanted to make sure the dialogue is final and settled.

Do you think Bioware will be able to keep the Spring 2017 release date for Mass Effect: Andromeda? Let us know in the comments.

BioWare’s Lull Is Caused by a ‘Deep Push into Innovation’, Says EA CEO