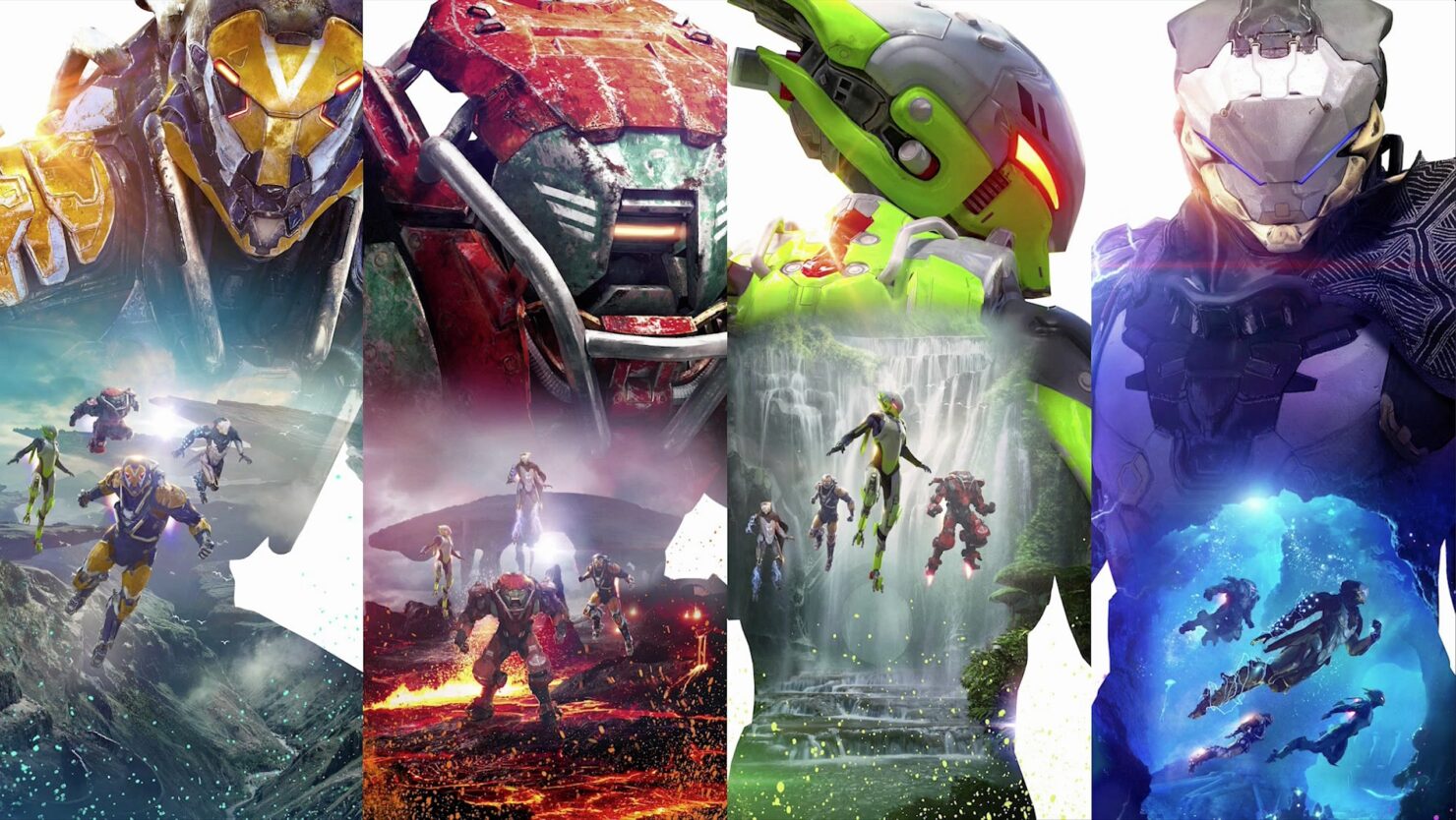 BioWare revealed plenty of details about Anthem's four classes (Colossus, Interceptor, Ranger and Storm). Specifically, you can now take a look at their class abilities and Ultimate skills.

As a reminder, Anthem does not restrict player character to any particular class. This means that you'll be able to level them all up if you want to and switch as needed (albeit only in between missions). 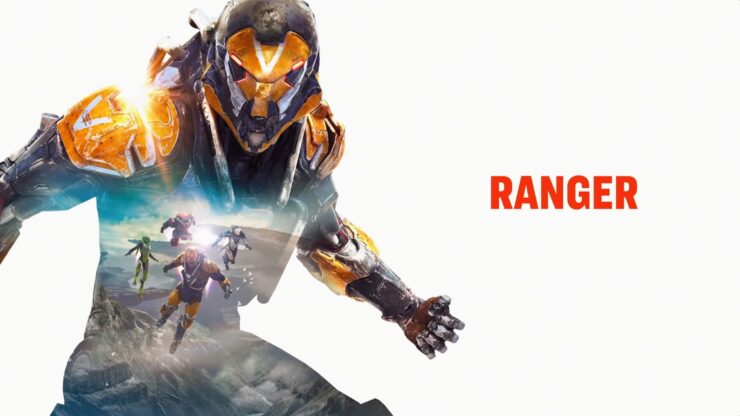 The Ranger is capable of wielding every weapon type except for Heavy Weapons (which can only be used by the Colossus javelin).

Shock Mace: When the Ranger javelin chooses to mix it up at close range, it deploys an electrified mace to send a medically-inadvisable amount of voltage through its enemies.

Quick to deploy, grenades lay down area damage for effective crowd control at a moment’s notice. Modified grenades can be found out in the field and can be equipped to create different effects, including Frost and Seeker Grenades.

Seeker Grenades: Splits into smaller sub-munitions which seek out the nearest enemy.

Sticky Bomb: Attaches to a single target for a contained, high-damage blast.

The Ranger’s wrist launcher allows for a variety of modules to be loaded on for an extra burst of firepower. This provides a more flexible combat approach that can take down threats quickly.

Homing Missile: Fires a projectile that seeks out a target for a small area-of-effect explosion.

Venom Darts: Launches a volley of darts that seek out a target for acid damage.

Blast Missile: Fires a missile that explodes for area-of-effect damage.

A skillful field general, the Ranger is capable of creating special fields that allow its allies to gain a tactical advantage.

Muster Point: Creates a field which increases weapon damage for teammates who enter its radius. (NOTE: in a previous article, this ability had been listed as reducing gear cooldown. The ability has been changed to increase weapon damage instead.)

Multi-Target Missile Battery: Lancers can deploy a special ultimate ability that displays the true strength of their javelin exosuit. Dealing precise damage across a wide swath of the battlefield, the Ranger’s Multi-target Missile Battery allows it to target many fast-moving enemies with guided projectiles. 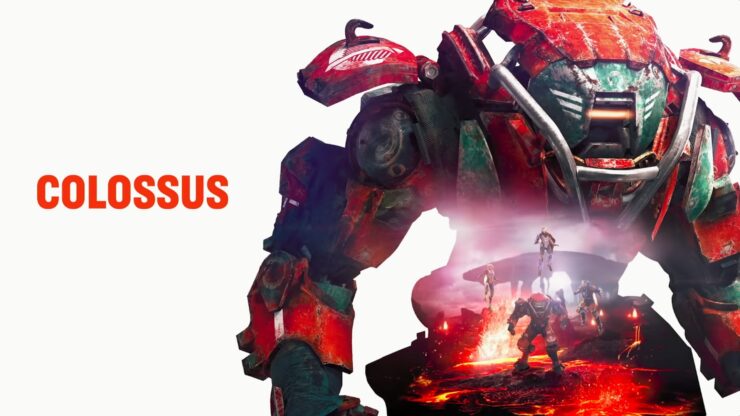 The Colossus cannot use the two smallest weapon types, Pistols and SMGs, but is the only javelin sturdy enough to wield any of the Heavy Weapons.

Heavy Smash: The Colossus can use its massive chassis as a weapon both in a diving smash attack from the air and a hammering melee attack. This not only clears out smaller enemies instantly but has a chance to knock down foes and leave them open to follow-up attacks.

Utilising the incredible strength of the Colossus, these shoulder-mounted weapons are capable of dishing out punishment to enemies near or far (your choice).

Burst Mortar: Fires a volley of smaller mortars that spread out to pummel a wider area of effect.

Firewall Mortar: Fires a specialized mortar round that ignites a wall of flame, heavily damaging enemies that try to move through it.

Lightning Coil: Strikes a single random target with an arc of electricity in front of the Colossus, prioritising targets with status effects.

Shock Coil: Emits waves of electricity out from the Colossus, damaging all nearby enemies.

The Colossus allows for the fitting of a number of wrist-mounted weapons that can complement its other destructive options.

Heavy Cannon: Fires a large rocket in a targeted direction.

Flak Cannon: Barrages nearby enemies with a short-range arc of projectiles.

Railgun: Devastates a single-target with a forceful and precise kinetic round.

As the preeminent battle tank, the Colossus is capable of supporting its allies by decreasing incoming damage or diverting enemy fire toward itself.

Taunt: Forces all enemies within a certain radius to divert their attacks to the Colossus.

Deflector Pulse: Gives all nearby allies a damage-resistance buff.

Siege Cannon: Lancers can deploy a special ultimate ability that displays the true strength of their javelin exosuit. The Siege Cannon is ideal for clearing out smaller enemies, controlling enemies in a choke point, or putting some extra damage on a boss. 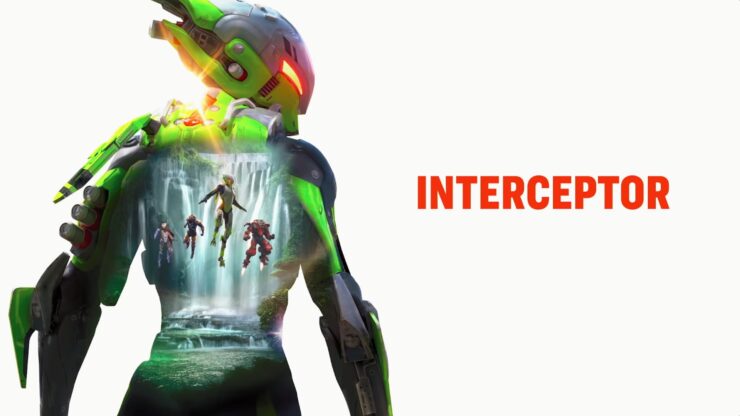 The Interceptor javelin is capable of wielding every weapon type except for Heavy Weapons (which can only be used by the Colossus javelin).

Double-Bladed Daggers: The Interceptor uses a pair of double-bladed daggers to deliver a multi-hit flurry of slashes, dealing damage in a chain of powerful attacks that can be continued indefinitely.

Seeker Glaive: Throws out a razor-sharp projectile that seeks out the nearest target.

Acid Bomb: Tosses a grenade which explodes, splashing all nearby enemies with acid.

Cryo Glaive: Launches out a projectile that locks on to a nearby target and freezes it on impact.

Cluster Mine: Throws out a group of mines onto a targeted area which explode on contact with an enemy.

Spark Dash: Dashes forward, leaving behind a trail of electricity that damages enemies.

Star Strike: Charges an enemy with energy which explodes after a delay. The explosion deals increased damage if the target is destroyed before the full delay.

Nova Strike: Sends out a projection of the Interceptor which will attack enemies it comes in contact with.

Corrosive Spray: Sprays out a jet of corrosive acid that damages all enemies hit.

Target Beacon: Marks a target for increased damage which will switch to another enemy if the marked target is destroyed.

Rally Cry: Removes status effects from all nearby allies.

Assassin’s Blades: Lancers can deploy a special ultimate ability that displays the true strength of their javelin exosuit. The Interceptor becomes supercharged, arming its Assassin’s Blades and carving through enemies at high speed. 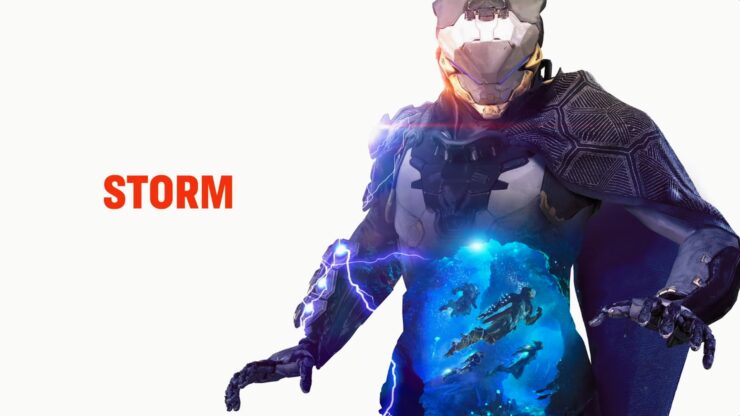 The Storm javelin is capable of wielding every weapon type except for Heavy Weapons (which can only be used by the Colossus javelin).

Fiery Strike: The Storm uses the seals on its arm to deliver an explosive flash that deals damage and knocks back enemies that have gotten too close, giving the Storm time to reposition at a safe distance.

Lightning Strike: A targeted strike that deals lightning damage in an area.

Ice Storm: Creates a field of ice that deals damage, rapidly building to a final explosion of frost.

Flame Burst: A quick explosion that deals fire damage at a target location.

Rime Blast: Fires out a flurry of ice projectiles that deal damage and freeze close-range targets.

Living Flame: A burst of flame energy that seeks out and ignites targets.

Hoarfrost Shards: Rapid-fire shards of ice that slowly freeze a target in place.

Fireball: A versatile fire ability that can be fired quickly in small shots or charged for a larger projectile that explodes.

Ball Lightning: A discharge of electric energy that can be bounced off of walls to reach targets behind cover.

Glacial Beam: Fires a beam of powerful ice energy in a targeted direction.

Arc Burst: Unleashes a blast of lightning that will leap to nearby targets for heavy damage.

The Storm’s support abilities play toward its strengths of damage evasion and damage output, helping allies stay safe and take down enemies faster.

Nexus: Creates a field which provides gear cooldown reduction to teammates who enter its radius.

Elemental Storm: Lancers can deploy a special ultimate ability that displays the true strength of their javelin exosuit. Manipulating the raw force of the Anthem, the Storm emits successive blasts of frost, electricity, and fire -- ending with a meteoric finale.