Biostar is the first manufacturer to officially confirm support for Intel's 11th Gen Rocket Lake CPUs on its Z490 motherboard lineup. The board maker posted the announcement, confirming support for the upcoming desktop processors on its Z490 Racing series motherboards.

All five motherboards within the Z490 Racing lineup have now been listed with Intel's 11th Gen Rocket Lake Desktop CPU support. These boards include the following:

There seem to be no new BIOS listed on the motherboard support page which might suggest that the chips will run straight off the bat but for those who want to get the most stable performance when running an Intel Rocket Lake CPU, it's advised to keep checking the support page to see if a BIOS is available to download for their Z490 motherboard.

Biostar also recently enabled resizable BAR or Re-BAR support on its Intel 400-series lineup. This allows Intel CPUs to access the full memory buffer that modern GPUs from AMD and NVIDIA have to offer. Currently, Biostar's resizable-BAR runs perfectly with AMD Radeon RX 6000 series GPUs but expect it to be enabled with NVIDIA GeForce RTX 30 series graphics cards too once the drivers roll out from the manufacturer. 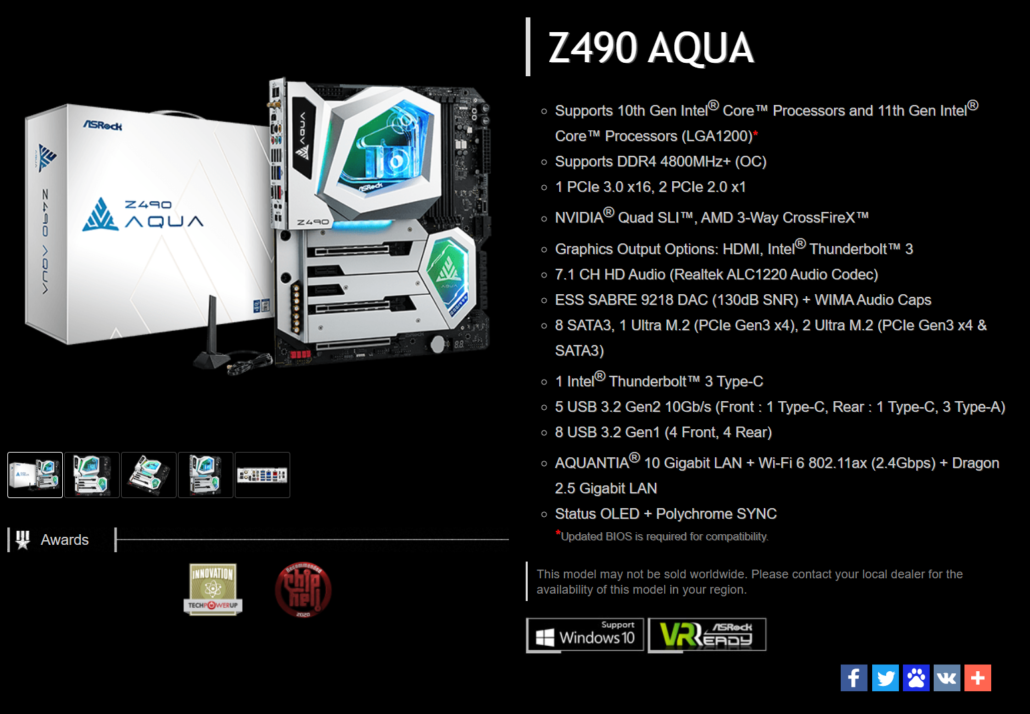 As spotted by Momomo_US, ASRock has also listed support for Intel's 11th Gen Rocket Lake CPUs for its own Z490 motherboards too. The Z490 Aqua, which is the flagship of the Z490 boards from the manufacturer, is now listed with Rocket Lake CPU support and several other Z490 boards too.

The architecture for Rocket Lake CPUs is said to be Cypress Cove which is reportedly a hybrid between the Sunny Cove and Willow Cove design but will feature Xe Gen 12 GPU architecture. Intel's Core i9-11900K will be the flagship CPU offering in the lineup and expect more info on it soon. The Intel 500-series motherboard platform, for now, is expected to hit retail shelves on 11th January.