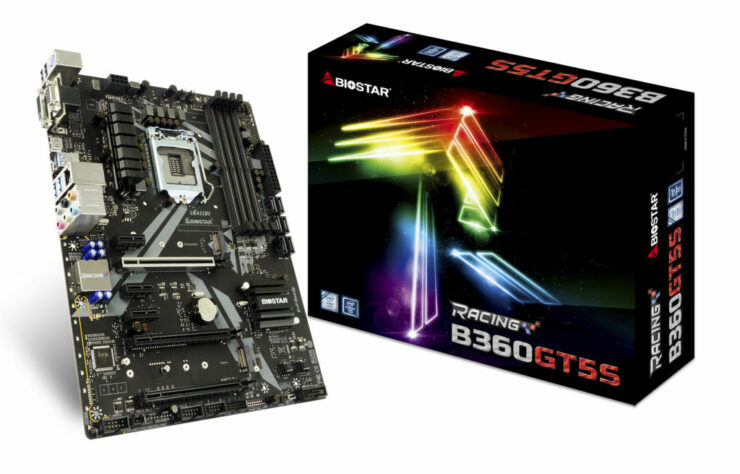 Although we are supposed to be waiting on April 2nd for the official introduction of all B360, H370 and H310 motherboards, Biostar has jumped the gun listing these motherboards on its website, although they have seemed to take the pages down. This still is exciting those looking forward to upgrading to Coffee Lake at a lower price than current Z370 motherboards. Lets take a look at what they've shown off.

The Biostar B360MHD Pro and Biostar H310MHD Pro seem exactly the same with the only change being swapping of two USB 3.0 ports for cheap USB 2.0 ports. Both boards are Micro ATX with 1 PCIe 3.0 x16 slot, two PCIe 3.0 x1 slots and no M.2 support. They feature 3 Sata ports and 2 RAM slots. Absolute pure basics.

The news comes off the heels of our report on MSI motherboards being leaked for their upcoming release. This comes with the Intel Coffee Lake-S and the entireity of their Coffee Lineup being expected to launch on April 2nd, these boards should pair quite well with locked non K processors finally giving users the ability to build budget systems on Coffee Lake without buying $130+ Motherboards, As always expect more information as it follows.