What’s the One Thing That the World’s Richest Man Regrets? Not Turning Ctrl-Alt-Delete into a Single Key 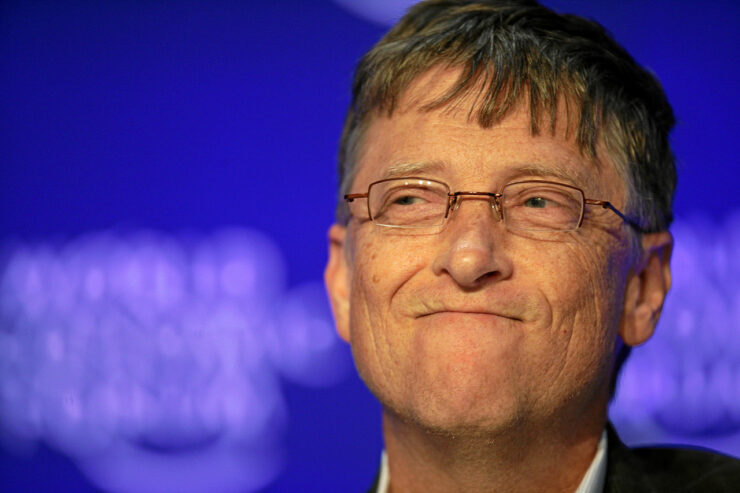 Bill Gates is again wishing he could have made Control-Alt-Delete a single key operation - Blames IBM, though!

You may be the richest person in the world, but there will always be some regrets. For Bill Gates, it's the Ctrl-Alt-Delete. Microsoft co-founder was talking at the Bloomberg Global Business Forum in New York City when he said he would have preferred it to be a single key operation and blamed IBM keyboard engineers for the choice.

"The IBM PC hardware keyboard only had one way that it could get a guaranteed interrupt generated," he said. "So, clearly the people involved, they should have put another key on it to make that work. A lot of machines these days do have that as a more obvious function.”

The "three-fingered salute" is back in the news

The key combination is one of the first few we learned back in the 90s to interrupt a process. However, it's not a function that is rarely used in the Windows ecosystem and thus should have been designed to be more convenient and intuitive. Microsoft says that the "CTRL+ALT+DELETE sequence can be read only by Windows, ensuring that the information in the ensuing logon dialog box can be read only by Windows," which prevents "rogue programs from gaining access to the computer."

When asked if he would have liked to do it differently, Gates said: "Well, I'm not sure you can go back in life and change small things in your life without putting other things at risk. Sure, if I can make one small edit, I'd make that a single-key operation," he added.

This isn't the first time that Gates has publicly talked about Ctrl-Alt-Delete being an annoyance. Back in 2013, Gates, who is one of the most respected philanthropists, had actually called it a "mistake" that required three keys and had again put the blame on IBM engineers who "didn't wanna give us our single button."

The key combination became a visible part of Windows NT when Microsoft first tried to sell it to the US government, which required a Secure Attention Key (SAK) to prevent malware from spoofing a login prompt. As ZDNet notes, IBM had designed it to be a complicated command that couldn't be accidentally triggered as a way to quickly reboot from the BIOS back in early 1980s.

IBM engineer David Bradley, who created this function, had said back in 2011 on a panel that he was sharing with Gates that while he "may have invented" the feature, it was made popular by Bill himself when he used it for Windows NT logon.

"I originally intended for it to be what we would now call an Easter egg - just something we were using in development and it wouldn't be available elsewhere," Bradley said. "But then (software publishers) found out about it. They were trying to figure out how to tell somebody to start up one of their programs, and they had the answer. Just put the diskette in, hit Ctrl-Alt-Delete, and by magic your program starts."