Even if you aren’t interested in astronomical events, make sure you do check out the November super moon, when the moon will be closest to the Earth since January 1948. On the eve of November 14, the moon will appear to be about 14% bigger and 30% brighter than the average full moon. This will not happen again till 25th November 2034, so trust me you really don’t want to miss this.

The moon has an elliptical orbit and one of its sides, the perigee is 48,280 km closer to Earth than the other side known as the ‘apogee’. When the moon orbits the earth, a point comes when the earth, the sun and the moon line up. This state is called the ‘syzygy’. When this alignment occurs with the perigee side of the moon facing us and the moon is on the opposite side of the earth from the sun, a perigee-syzygy takes place. This causes the moon to appear brighter and bigger and is commonly referred to as the super moon or the perigee moon. These alignments occur often and we had a super moon on October 16th and we will be having one on December 14th as well. So what’s the big deal about this November moon?

What is so special about the November moon?

The November 14th moon becomes full within a couple of hours of the perigee and it will look the biggest and brightest it has in nearly 7 decades! According to NASA, “The full moon of November 14 is not only the closest full moon of 2016, but also the closest full moon to date in the 21st century. The full moon won’t come this close to Earth again until 25 November 2034." The difference between a regular full moon and a super moon is often hard to tell depending on where you are viewing it from.

It’s always relative; if you are in a place with big buildings and structures the difference will hardly be visible. If you view from a spot where the moon is closer to the horizon, it will create the ‘moon illusion’. "When the moon is near the horizon, it can look unnaturally large when viewed through trees, buildings, or other foreground objects," says NASA. "The effect is an optical illusion, but that fact doesn’t take away from the experience."

From tonight's #fullmoon in #Seattle : Super Moon? What #supermoon ...? pic.twitter.com/IgAGcomAst 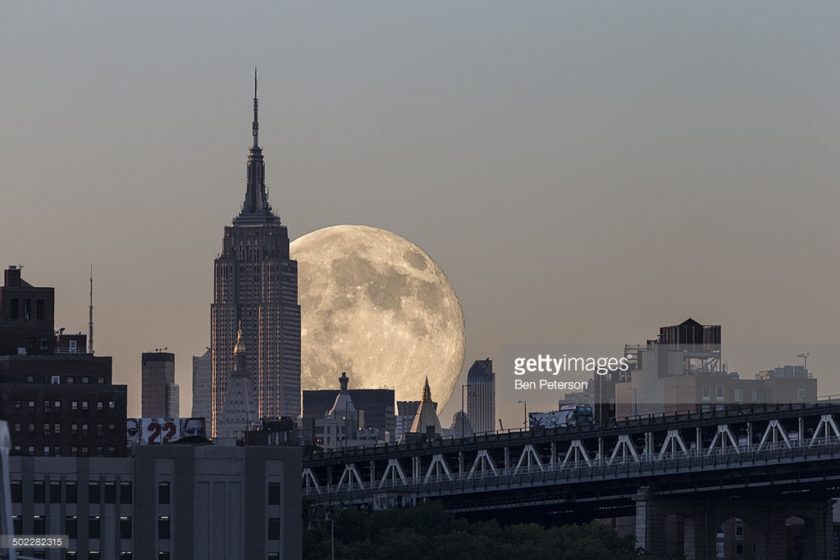 If you want the best view of the super moon, find a spot away from the city lights and buildings. The moon is expected to reach its peak on the morning of November 14 at 8:52am EST (1352 GMT). People in Australia will be able to see the moon on the 15th of November and the moon will reach its peak at 12:52 am AEST.

Here is a gist of what is to come:

Hot Screenshots of Need For Speed: Hot Pursuit Show Up.