Little Big Planet is without a doubt one of Media Molecules and Sony's proudest achievements, the game has been highly acclaimed by many gamers of varying age groups and the game is an amusing party game to play with a group of friends no matter how old you are and just want to have some fun. Little Big Planet has made its way from the PS3 to the PSP and now it continues to spread on the latest Sony Handheld; The PlayStation Vita in this new video which shows someone playing the Little Big Planet Beta on their PS Vita. 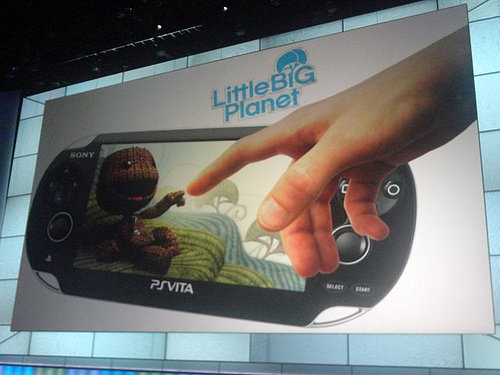 While Little Big Planet was confirmed to be a follow up title on the PS Vita it seems that Sony is already handing out people invitations to the games Beta on the PS Vita, Sackboy and his pals had been ported to a pocket size once before on the PSP but now that the PS Vita is out and offers significantly newer features over its predecessors it was only a matter of time before Media Molecule made Little Big Planet more interactive than it ever was with the help of the Vita's touch screen technology. The Vita's touch screen has made games more alive with games like Uncharted: Golden Abyss where players can use the touch screen to guide Nathan Drake instead of using the Analog sticks, If Uncharted can do it so well I can't wait to see what Little Big Planet does.

Unfortunately the videos have been set as "Private" so you will have to head on over to the Source or click Here to see the videos.

Despite being under an NDA the videos keep popping up on YouTube for people who are either anxious to share their excitement over the upcoming game or people who simply wish to gain popularity, I can't wait for the official release of the game and see what new features Media Molecule has added into their game.

Sony Drops Another God of War Teaser, Could This be God of War 4 or a Vita title?

Wipeout 2048 Intro Video Shows Off The Evolution of Racing