Beyond Two Souls PS4 Comes in at 33GB, Only Slightly Larger than PS3

Beyond Two Souls is finally available on the PS4 today, and the download size on PS4 is a full 33GB, larger than the 25GB of space required for the PS3 version, though not quite by too terribly much considering the upgrade in graphics. 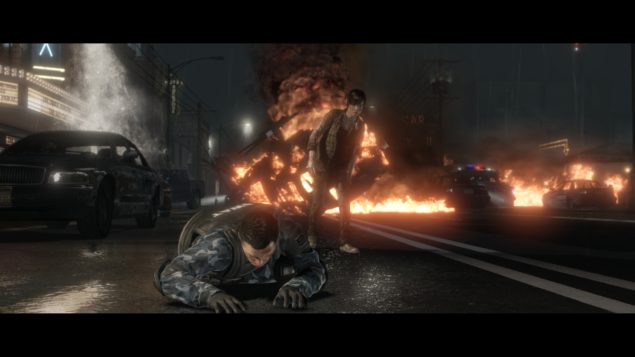 Beyond Two Souls takes up only a mere 33GB, a result of being suitably remastered.

The remastered version of Beyond Two Souls will run at a full 1080P with enhanced depth-of-field effects, lighting and shadows to add to the cinematic experience. Character models will have increased polygon counts, higher res textures and will look much better than the already great looking PS3 version.

Though Beyond Two Souls had received a highly polarized reception, it remained a challenging interactive drama that appeals to many, despite the relative passiveness of the game. The acting of both William Dafoe and Ellen Page was exceptional, as is tradition.

If you're interested in reliving Beyond Two Souls, with the Enhanced Experiments DLC and even increased difficulty, you can check it out for a cool $29.99 on the PSN. Of course it's still available for the PS3 as well, if that happens to suit your fancy.

Beyond: Two Souls Is Out Today for PC on the Epic Games Store

PS Plus Free Games for May Headlined by Beyond: Two Souls and Rayman Legends